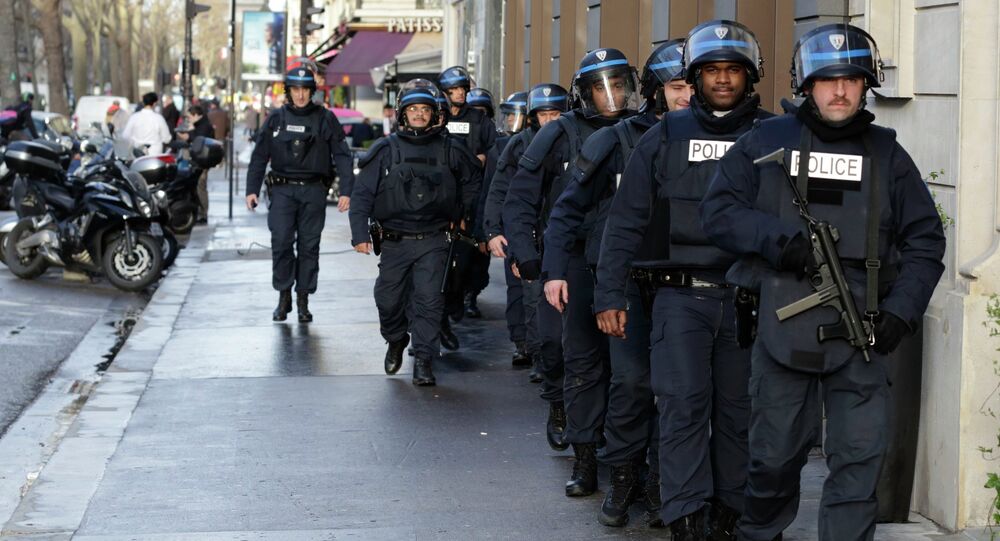 The veteran of the Russian Counterterrorism Unit Alfa points out that the French authorities did not pay attention to earlier threats against the Charlie Hebdo magazine and thus did not prevent the attack, which took place in Paris on Wednesday and took the lives of 12 people.

"According to existing information, brothers Kouachi were known to the French special services – they had fought in Syria for the Islamic State [IS] terrorist organization. Then they recruited people in France for this war. French special services did not control them in any way and did not react to this," Goncharov said Friday.

© AP Photo / Lauren Victoria Burke
Charlie Hebdo Terrorist Attack ‘Predictable’: US Congressman
The Alfa veteran pointed out that the French authorities did not pay attention to earlier threats against the Charlie Hebdo magazine and thus "did not avert the attack", which took place in Paris on Wednesday and took the lives of 12 people.

"These criminals were well-prepared. They studied the work of this editorial office, the people who worked there, and killed those they deemed enemies of their religion. So I would not speak of a positive work on the part of French special services in this case," Goncharov told RIA Novosti.

The attack on the Charlie Hebdo satirical magazine took place on January 7, after a caricature of the IS leader appeared on its Twitter page.

© REUTERS / Handout via Reuters TV
Charlie Hebdo Attack Likely Planned by Al-Qaeda 'Sleeper Cell': Reports
On Friday, both suspects in the attack – Said and Cherif Kouachi, who were Frenchmen of Algerian descent, were killed by French law enforcement during a police raid on a print shop in an industrial zone near the town of Dammartin-en-Goele northeast of Paris.

On Thursday, US officials stated that Said had traveled to Yemen and had direct contacts with al-Qaeda.

The French Charlie Hebdo magazine had received several threats from radical Islamists over its publication of caricatures of prophet Muhammad in the past.