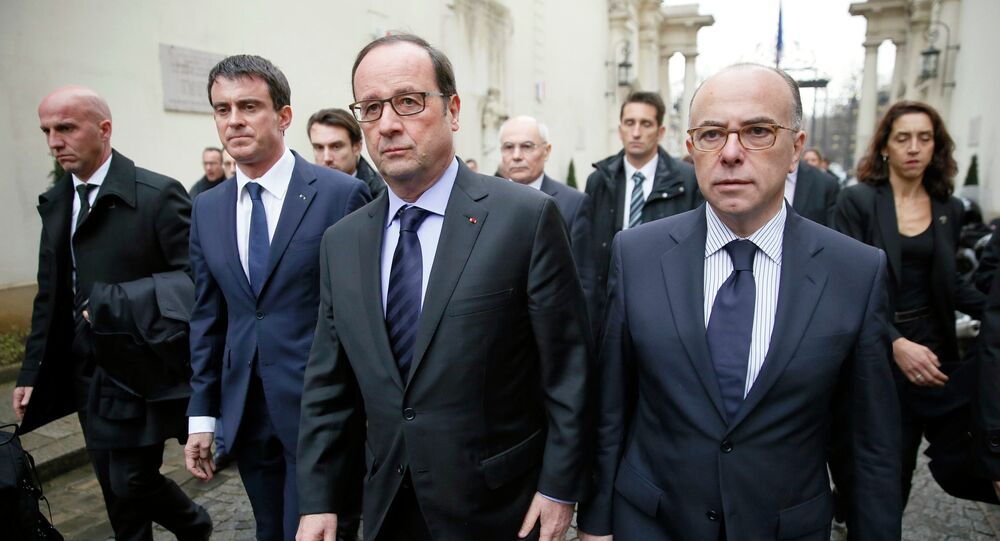 Hollande said that four people were killed today as a result of the hostage-taking.

MOSCOW, January 9 (Sputnik) — French President Francois Hollande confirmed Friday the death of four people as a result of the hostage-taking in the kosher shop in the east of Paris.

"Four people were killed today as a result of the hostage-taking" Hollande said in a televised address to the nation.

The president also stated that France survived the terrorist attacks over the past three days and will become stronger.

In his address, Hollande thanked the police for their courage and efficient work. He also stressed that France remains the target of extremists and urged everyone to display vigilance, with the increased security measures remaining in force.

In addition, the president called on the citizens to take part in the national march to commemorate the victims of the recent terror attacks, which will be held on Sunday.

According to the media reports, 15 hostages were released from a kosher shop in the east of Paris.

Earlier on Friday, an armed man took several hostages and opened fire in Jewish kosher food shop located in the 20th arrondissement in Paris. The gunman was later killed by the police.

Earlier terrorist attacks include a killing of a female police officer on Thursday during a shootout in Montrouge, a suburb of Paris and a Wednesday terrorist attack on the office of French magazine Charlie Hebdo. Two gunmen entered the magazine's office and opened fire, killing 12 people and injuring another 11. The two men, suspected of the attack, have been killed by law enforcers during a police raid on a print shop in an industrial zone near the town of Dammartin-en-Goele northeast of Paris.