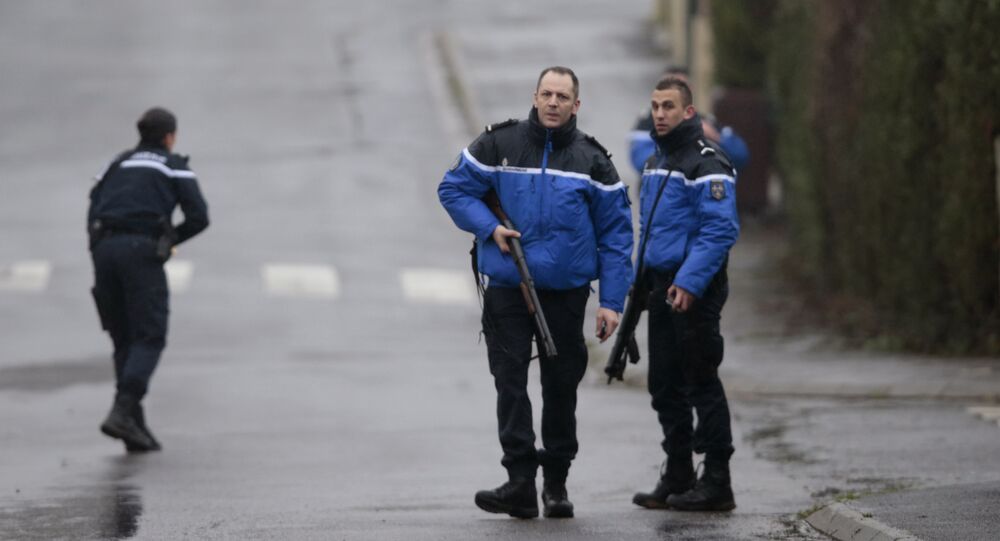 A hostage has been reported during the robbery of a jewelry store in Montpellier, France.

MOSCOW, January 9 (Sputnik) — A hostage has been taken by gunmen during a raid on a jewelry store in Montpellier, France, Midi Libre newspaper reported Friday.

This information comes shortly after the reported liberation of hostages in a kosher food shop in eastern Paris.

FRANCE: A hostage situation is being reported right now inside a jewelry store in Montpellier, France. PHOTOS — pic.twitter.com/x2jDkxNd1X

According to Midi Libre, the jewellery store with the hostage and two assailants is surrounded by the police. Loge, one of the city's busiest streets, has been completely blocked by armed police forces. Many shops have been evacuated and are under police protection. It does not appear, at this time, that there have been any injuries.

According to local media reports, gunfire was heard outside a Jewish kosher food shop in eastern Paris Friday and a hostage situation ensued. The gunman, identified by the police as Amedy Coulibaly, demanded freedom for the Charlie Hebdo attack suspects. He was reportedly killed during a police operation to free an unspecified number of hostages.

French Police in Talks With Hostage-Takers East of Paris: Reports