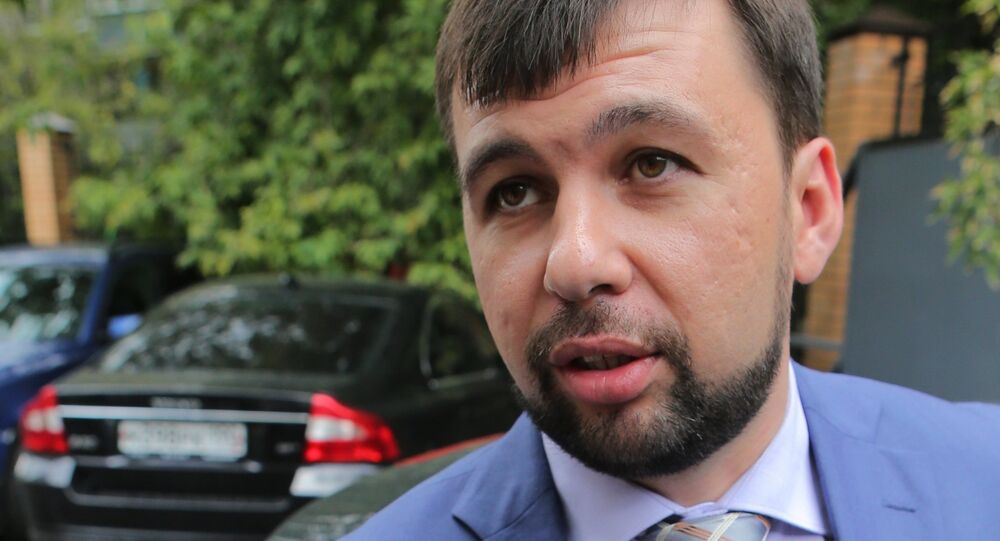 The Contact Group on Ukraine comprises representatives of Russia, Ukraine, DPR and Luhansk People's Republic (LPR) and the Organization for Security and Co-operation in Europe (OSCE). The group's first meeting in September resulted in a ceasefire agreement that has not been honored by either side, according to both Kiev and independence supporters.

© AFP 2021 / VASILY MAXIMOV
Shelling Heard in Several Parts of City: Donetsk Municipality
"Before a possible meeting in Astana, the Contact Group held video consultations and continued discussion on the conflict settlement in Donbas," a news source in Donetsk quoted Pushilin as saying.

The upcoming round of the Normandy format talks is scheduled for January 15-16.

The Normandy format meeting on Ukraine dates back to June 2014, when the leaders of Russia, Germany, France and Ukraine met in Normandy, France to discuss a peaceful settlement of the Ukrainian crisis.

UN Not Consulting Donbas Leaders on Number of Casualties: DPR