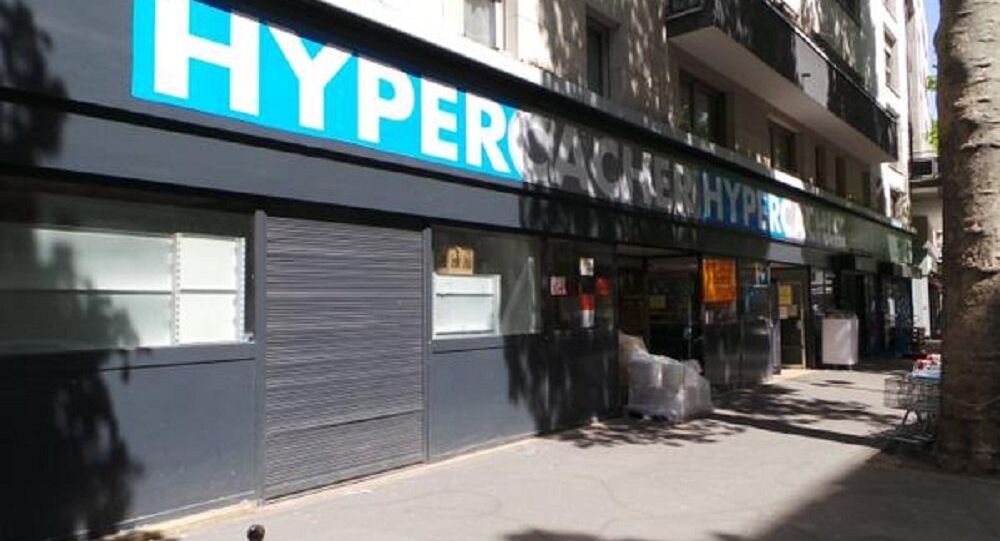 According to the BBC, a police officer at the site said that two hostages in the shop have been killed.

© East News / AP Photo/Francois Mori
Paris Hospitals on High Alert During Manhunt For Charlie Hebdo Attackers
PARIS, January 9 (Sputnik) – The gunman who as taken hostages in an eastern Paris kosher food shop has demanded freedom for the Kouachi brothers, who are suspected of carrying out Wednesday's deadly attack on the Charlie Hebdo magazine, the RTL radio reported Friday.

Prior to the kosher shop hostage situation, French police put two people suspected in the Thursday killing of a female police officer in the Paris suburb of Montrouge on the wanted persons list.

On its Twitter account, the French police posted a notice concerning Hayat Boumeddiene, a 21-year-old female and Amedy Coulibaly, 32. Both suspects are said to be "armed and dangerous."

The BBC cited a police officer at the site as saying that two hostages in the shop have been killed.

Earlier, French media said there was possibly a link between the Montrouge shooter and Kouachi brothers, the alleged perpetrators of Wednesday's terrorist attack on the Charlie Hebdo magazine in Paris, which killed 12. The brothers are currently barricaded in a building north of Paris, surrounded by law enforcement. They reportedly have taken a hostage.