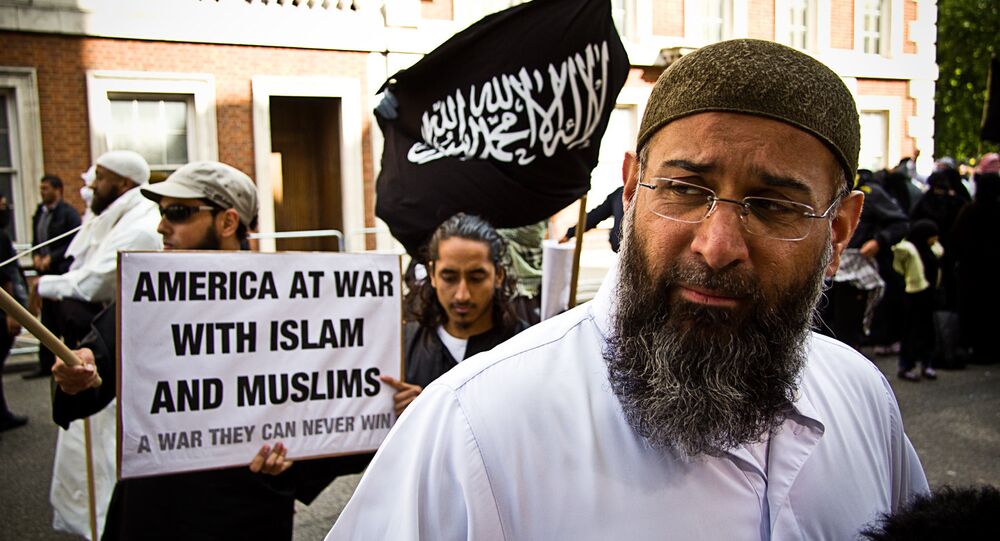 Radical Muslim cleric says that Muslims are obliged to defend the Prophet Muhammed.

© AP Photo / Thibault Camus
‘Us Versus Them’ in EU-Muslim Relations Contributed to Charlie Hebdo Attack
MOSCOW, January 8 (Sputnik) – A radical Muslim cleric who preaches in Britain has said in the wake of the deadly attack on the Charlie Hebdo satirical magazine that Muslims are obliged to defend the honor of the Prophet Muhammed, and do not believe in the concept of freedom of expression.

"Contrary to popular misconception, Islam does not mean peace but rather means submission to the commands of Allah alone," Anjem Choudary wrote in a piece published by USAToday on Thursday. "Therefore, Muslims do not believe in the concept of freedom of expression, as their speech and actions are determined by divine revelation and not based on people's desires," he said.

Choudary has also tweeted since the killings with criticism of the Western concept of freedom of expression, arguing that in the West itself, freedom of expression is limited is certain cases. In Thursday's article, he wrote, "The truth is that Western governments are content to sacrifice liberties and freedoms when being complicit to torture and rendition — or when restricting the freedom of movement of Muslims, under the guise of protecting national security."

"So why in this case did the French government allow the magazine Charlie Hebdo to continue to provoke Muslims, thereby placing the sanctity of its citizens at risk?"

If freedom of expression can be sacrificed for criminalising incitement & hatred, Why not for insulting the Prophet of Allah? #ParisShooting

"Muslims consider the honor of the Prophet Muhammad to be dearer to them than that of their parents or even themselves. To defend it is considered to be an obligation upon them. The strict punishment if found guilty of this crime under sharia (Islamic law) is capital punishment implementable by an Islamic State. This is because the Messenger Muhammad said, "Whoever insults a Prophet kill him."

Choudary is a controversial figure in the UK, and has been a leading member of several radical Islamic organizations based in Britain including Islam4UK and Al-Muhajiroun, which have both been banned under the UK Terrorism Act 2000. In 2003 Al-Muhajiroun shot to notoriety when it organized rallies commemorating the September 11 terrorist attacks which praised the hijackers as "the Magnificent 19." In an interview with the Guardian in September 2014 Choudary expressed his support for the Islamic State established by Abu Bakr al-Baghdadi, who he called "the caliph of all Muslims and the prince of the believers."