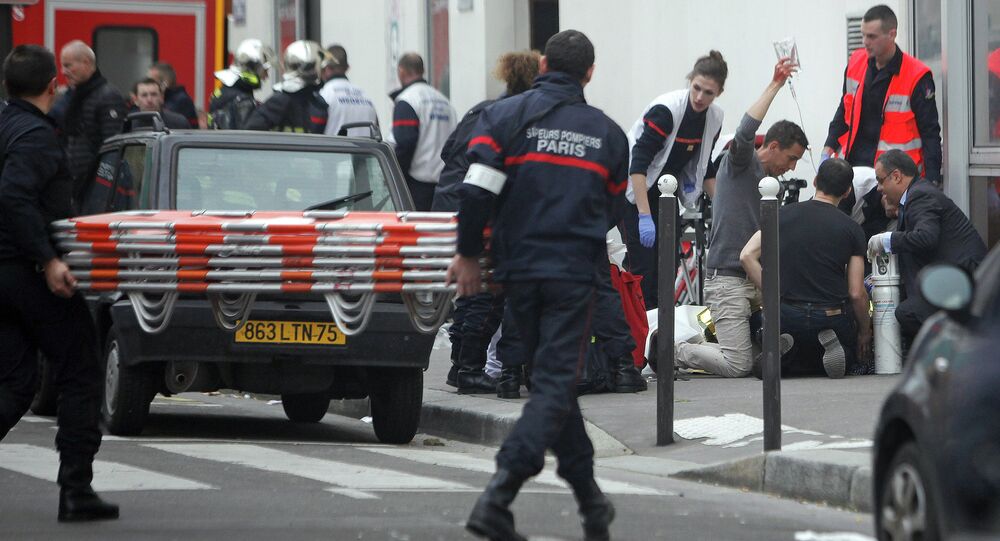 The gunman who killed a police officer in a suburb south of Paris was acquainted with the Kouachi brothers, suspects of terrorist attack on Charlie Hebdo office.

© AFP 2020 / FRANCOIS LO PRESTI
Hostage Taken East of Paris, Manhunt for Suspects Continues: Reports
MOSCOW, January 9 (Sputnik) – There could be a connection between Wednesday's attack on the Parisian office of Charlie Hebdo magazine and Thursday's shooting in a suburb south of the French capital, RTL reported Friday.

According to the media outlet, the gunman who killed a police officer in Montrouge was acquainted with the Kouachi brothers, the alleged perpetrators of the terrorist attack on Charlie Hebdo magazine. The three are reported to have been part of the same jihadist network operating in the North-East of Paris.

Earlier, the police said the two attacks were not linked.

Brothers Said and Cherif Kouachi, French nationals of Algerian origin, who earlier had a connection to underground jihadi network transporting French radical Islamists to Syria, are suspected of carrying out the attack.

On Thursday morning, a gunman opened fire near an underground station in Montrouge, killing a female police officer. The French Prosecutor's Office classified the shooting as a terrorist attack. According to media reports, two individuals from the gunman's entourage were arrested.

RIP Clarissa Jean-Philippe, murdered on patrol in Paris on her 15th day as a police officer http://t.co/sDZjtSwoON pic.twitter.com/kxiUOaGtf3