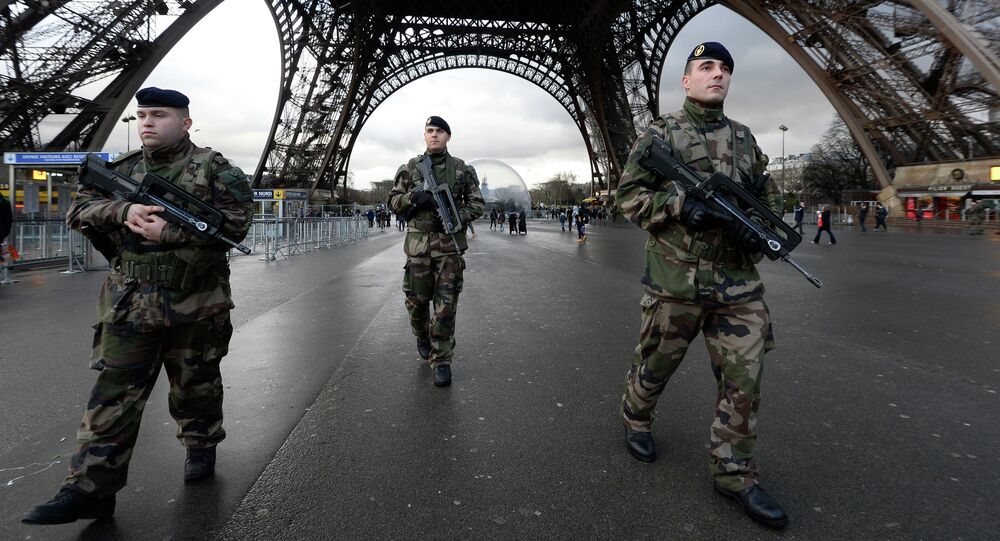 At least two people were killed and 20 injured in a shootout between police and suspected Islamist terrorists who killed 12 people earlier this week, France's Le Parisien newspaper reported Friday.

The shootout took place during a pursuit along the National 2 highway, ending in the small town of Dammartin-en-Goele, around 12 kilometers (7.5 miles) from the Charles de Gaulle international airport.

Previously, the Paris Prosecutor's Office had denied reports of casualties in the manhunt for the recent Paris massacre suspects.

An attack on the offices of the Charlie Hebdo weekly in Paris on Wednesday by alleged Islamic extremists claimed the lives of 12 people and injured another 11.

French nationals of Algerian origin, Brothers Said and Cherif Kouachi, one of whom served a prison term for extremist activities, are suspected of the Wednesday attack on the magazine, which was known for publishing caricatures lampooning prominent figures, among them cartoons depicting the Prophet Muhammad.

Shortly before the attack the magazine, posted a caricature of the leader of the Islamic State terrorist organization to its Twitter account.