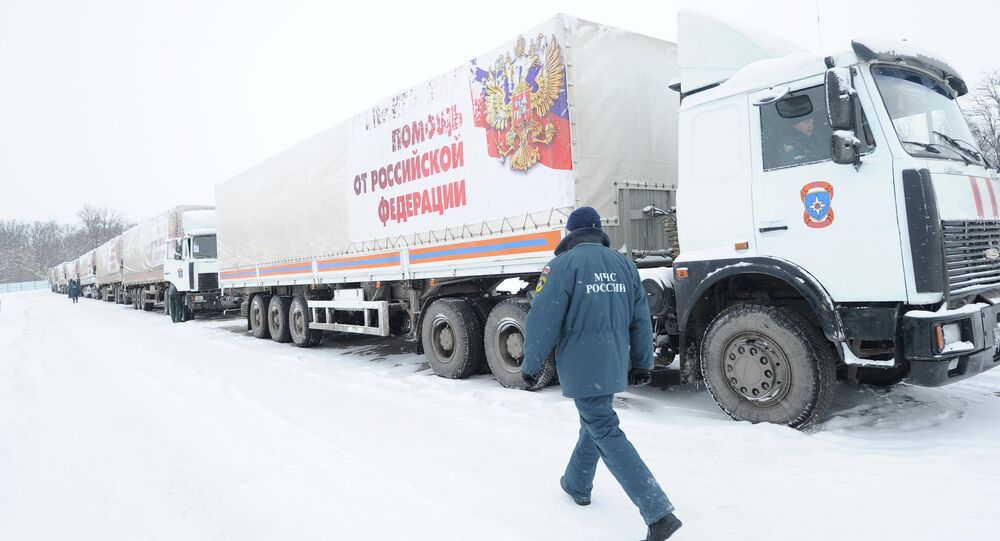 Russian Emergencies Ministry official said that all trucks from the Russian convoy that has delivered humanitarian aid to Donbas have finished unloading and are now headed back to Russia.

MOSCOW, January 9 (Sputnik) – All trucks from the Russian convoy that has delivered humanitarian aid to Donbas (Ukraine's south-eastern regions) have finished unloading and are now headed back to Russia, a Russian Emergencies Ministry official said Friday.

"All vehicles have been unloaded and are headed for the Russian border," Oleg Voronov, deputy chief of the crisis management center with the Russian Emergency Situations Ministry, said.

The aid includes food, medicine and Orthodox Christmas presents for children of eastern Ukraine, to be distributed among schools, kindergartens, hospitals and other community facilities.

Since August of last year Russia has been delivering humanitarian aid to Donbas, with the tenth Russian humanitarian aid convoy having returned to Russia from the region on December 22. The convoy delivered food, medicine and building materials to Donbas residents.