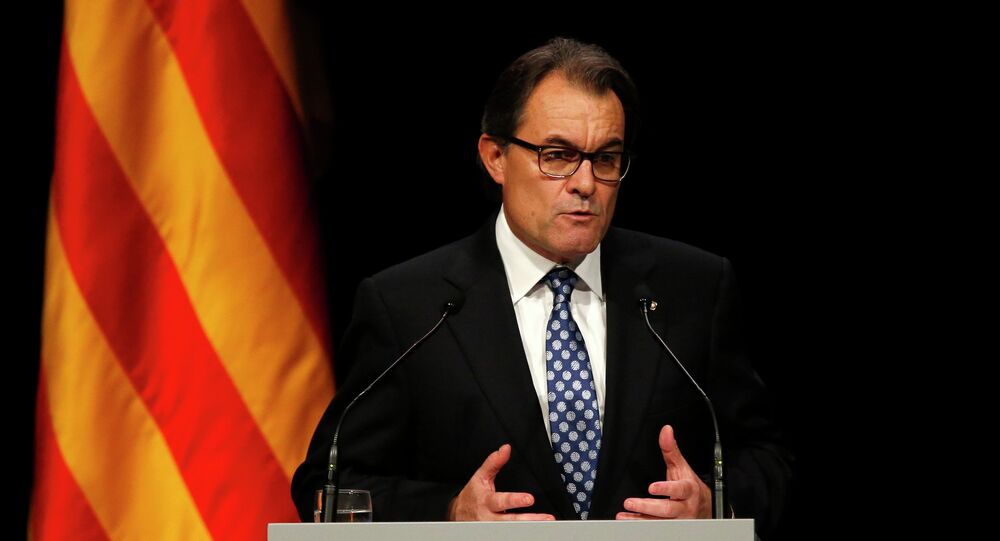 In several judicial decrees, the Civil and Criminal Superior Court of Catalonia considered that there were indications that the President of Catalonia and other members of his government did not obey the "express order" of the Constitutional Court to suspend the referendum.

MADRID, January 8 (Sputnik) – The Civil and Criminal Superior Court of Catalonia stated there were indications that the President of Catalonia, Artur Mas, as well as other members of his government, broke the law in conducting the region's independence referendum in November, El Mundo reported Thursday, citing the Court.

© REUTERS / Andrea Comas
Spain's Deputy Prime Minister Says Catalonia's Independence Poll Failed
In several judicial decrees, the court considered that there were indications that Mas, Vice President Joana Ortega and Education Minister Irene Irgau did not obey the "express order" of the Constitutional Court to suspend the referendum. The Catalan Court justified its decision to pursue lawsuits against the region's leader.

According to the court, "they, apparently, continued preparative acts, institutional advertising," among others, to conduct November's poll in public buildings in Catalonia.

On November 9, Catalonia held a referendum on independence, which resulted in more than 80 percent of voters speaking in favor of the region's full independence. More than 2.3 million people out of 5.4 million eligible voters cast their ballots in the poll.

The Spanish government dismissed the vote as unconstitutional, filing complaints with the country's Constitutional Court.