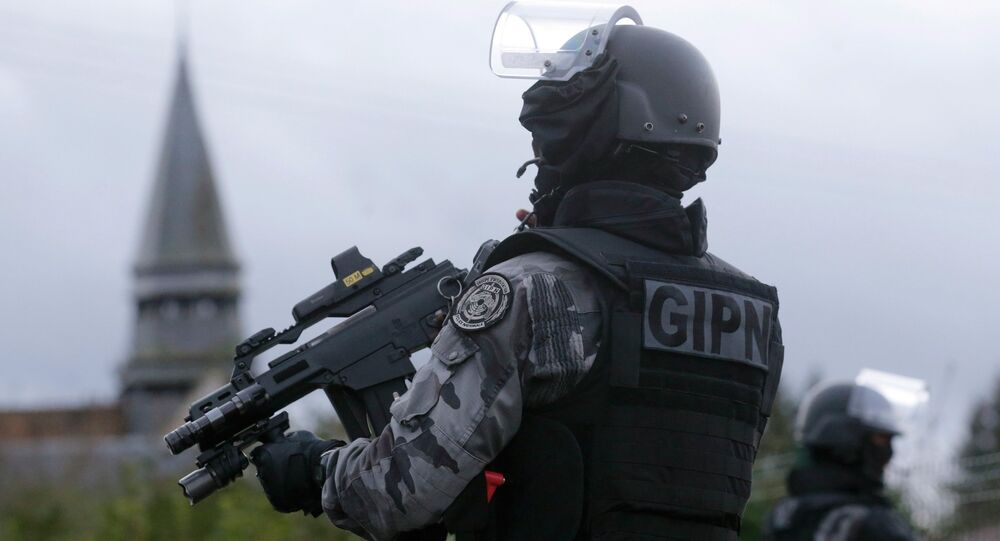 The security alert was raised in Frence's northern region of Picardy, where brothers Said and Cherif Kouachi were last spotted, suspected of carrying out the terrorist attack on Charlie Hebdo.

MOSCOW, January 8 (Sputnik) — The security alert has been raised by the French Prime Minister's office to the highest level in the country's northern region of Picardy, the BBC reported Thursday.

Earlier in the day, the BBC said that the main suspects of Wednesday massacre in the Paris office of Charlie Hebdo magazine, brothers Said and Cherif Kouachi, have reportedly been spotted in the Villers-Cotterets area of the Picardy region, where they robbed a petrol station.

a specific zone in the Picardy region of France between l'Oise and l'Aisne becomes the focus of French manhunt pic.twitter.com/ZOGGp3sDCa

On January 7, France's central Ile-de-France region was placed under the highest level of terrorist threat. Places with large concentrations of people and vehicles have been brought under the tightened control of law enforcers.

© AFP 2021 / KENZO TRIBOUILLARD
Suspects in Terror Attack on Charlie Hebdo in Paris Seen in North Of France
The shooters left the scene in a black Citroen, subsequently changing vehicle. French authorities are currently carrying out a nationwide hunt for the attackers.

Brothers Said and Cherif Kouachi, French nationals of Algerian origin, are known to have been engaged in extremist activity prior to the Charlie Hebdo massacre. Cherif Kouachi, the younger brother, was sentenced to three years in prison in 2008 after being accused of participating in a network that recruited French Muslims to fight within the ranks of al-Qaeda in Iraq.

The third suspect, an 18 year-old, has surrendered to the police, denying taking part in the attack.