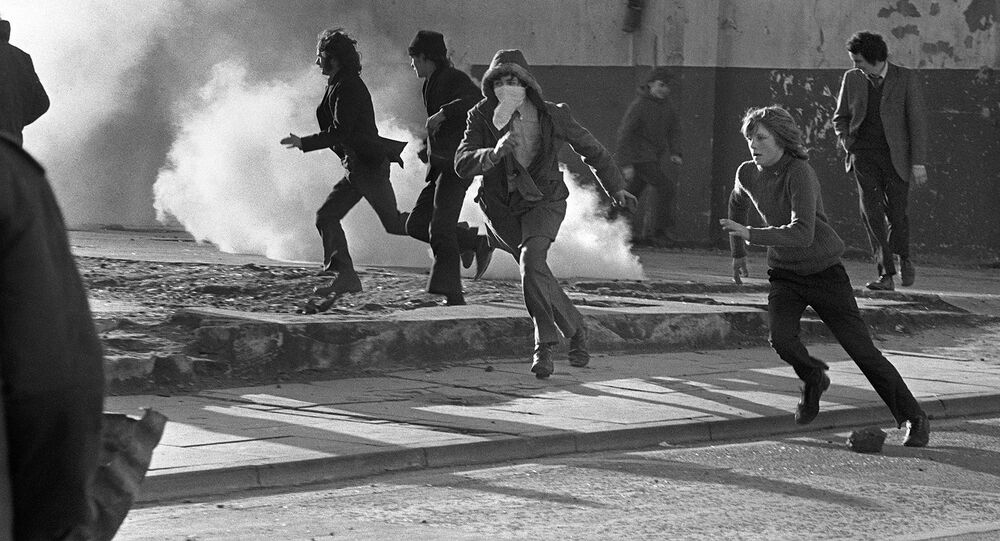 Raymond McCartney, a member of Ireland's republican party Sinn Fein, welcomed the decision to restart the investigation into the "Bloody Sunday" shooting in 1972 of 14 civilians by the British Army in Derry.

"I welcome the fact the Bloody Sunday murder probe will restart," Sinn Fein's Raymond McCartney, a member of the Northern Ireland Assembly, said in a statement.

The new investigation will be led by a team of 12 detectives who will begin re-examining the case next week.

© Flickr / Joi
Barred From Entering Gaza Member of Irish Parliament Says Recognition of Palestine Crucial
"We called on the PSNI to honor the commitments given to the Bloody Sunday families in 2012 that a full and proper investigation would be carried out," McCartney added.

On January 30, 1972, thousands of people gathered in Londonderry for a civil rights march through the city. British Army personnel blocked the original route but some demonstrators continued to move toward the soldiers, throwing stones at them.

Detectives are expected to interview former soldiers and civilians who were present during the march. In 2010, a public inquiry, known as the Saville inquiry, found that soldiers had opened fire on protesters without warning.