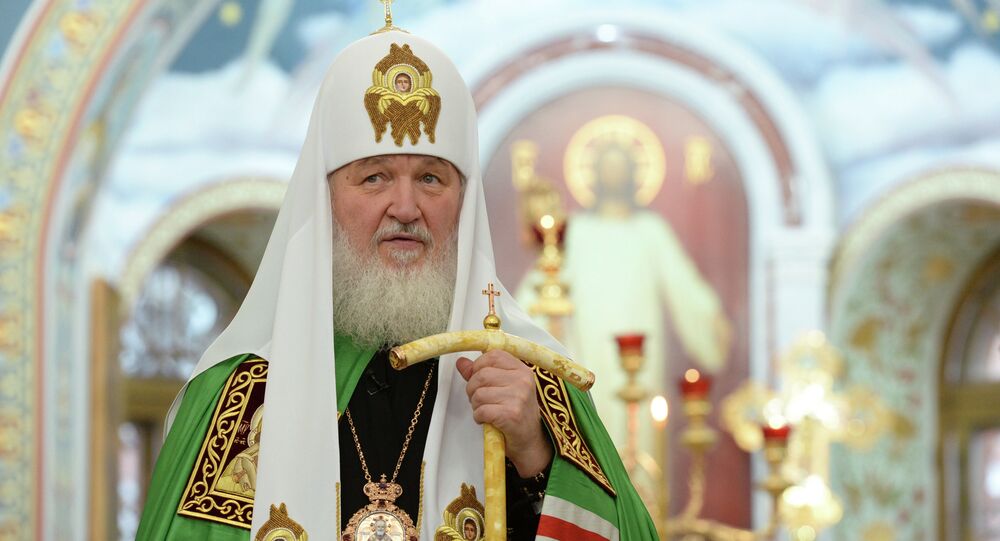 The Patriarch of Moscow and All Russia Kirill met over 100 children of refugees from the war-torn eastern Ukraine regions and wished them a merry Christmas.

© AP Photo / Filippo Monteforte, pool
Russian Orthodox Church Shares Pope's Stance on Many Key Issues: Spokesman
MOSCOW, January 8 (Sputnik) — The Patriarch of Moscow and All Russia Kirill met children who had fled eastern Ukraine's Donbas region on Thursday and wished them a merry Christmas, which is celebrated on January 7 by Orthodox Christians.

"You came from Donbas, the place where blood is shed today. If all were well, you probably would not have come here. But we tried to do what we could so that you don't feel as if you are in a foreign land, but among relatives who care about you," the head of the Russian Orthodox Church said during the meeting Thursday.

© Sputnik / Alexei Druzhinin
Putin Wishes Orthodox Christians a Merry Christmas
Patriarch Kirill wished the children a merry Christmas, and said that he hoped that "the civil war and the suffering would disappear as soon as possible from Donbas."

Over 100 children of refugees from the war-torn eastern Ukraine regions were invited to the State Kremlin Palace in Moscow for the Christmas celebration.

According to the Russian Federal Migration Service, the overall number of refugees who fled Ukraine for Russia due to the armed conflict between independence supporters and government forces stands at around 830,000.

Christmas in the Eastern Orthodox Church

The Origins of Russian Orhodox Christmas