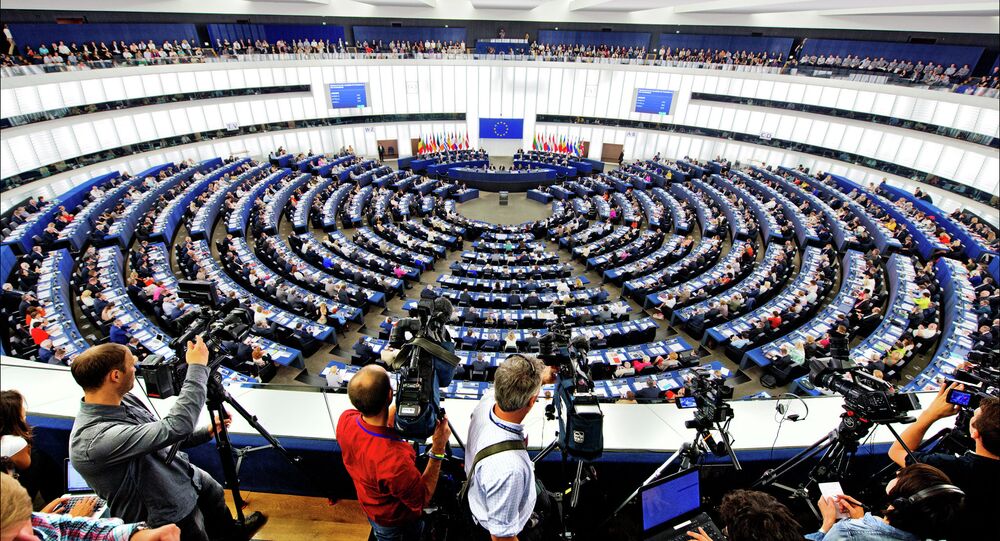 The European Commission proposed new macro-financial assistance (MFA) to Ukraine of up to 1.8 billion euros ($2.1 billion) in medium-term loans to Ukraine.

"The conflict in the East of the country has had a heavy toll on the economy. Today the Commission has proposed new macro-financial assistance (MFA) to Ukraine of up to 1.8 billion euros in medium-term loans," the press release stated.

The new program is to assist the country in the economic challenges it faces, such as a weak balance of payments and fiscal situation. It would first need the approval of the European Parliament and the EU Council of Ministers. This would be the third MFA program for Ukraine, and could be implemented in 2015 and early 2016.

© REUTERS / Yves Logghe
European Commission Issues 500 Mln Euros to Support Ukraine: Statement
According to the statement, the package, which will be tied to reforms, is intended to help the "the new reform-oriented government strengthen the country."

Ukraine is facing a grave economic crisis due to an armed conflict in the east of the country. In 2014, the country received 1.36 billion euros under existing European Commission programs. Since April, Kiev has received $8.2 billion from the International Monetary Fund and other international organizations.

No Excuse for Ukraine to Delay Reforms: European Commissioner