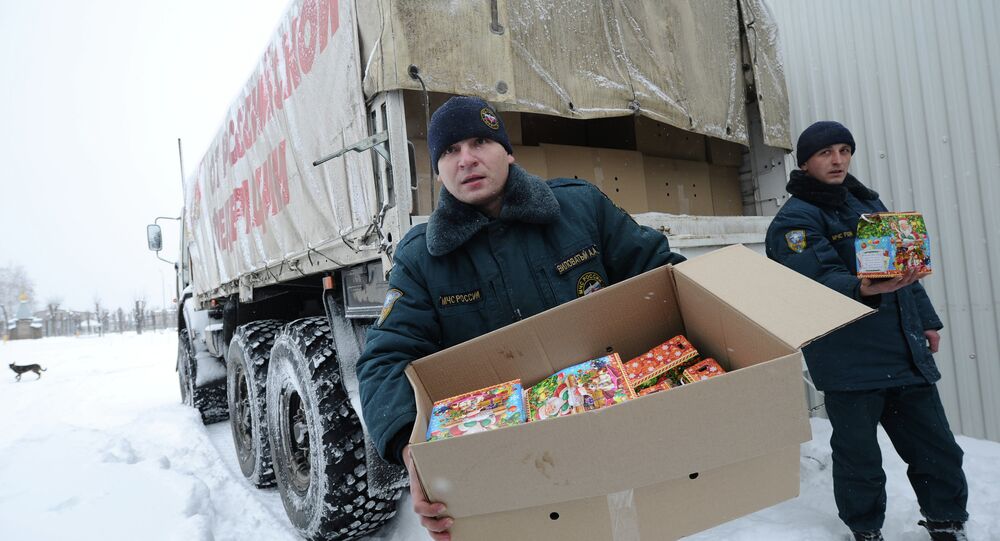 Russian Emergencies Ministry stated that trucks from the 11th convoy carrying humanitarian aid for conflict-torn eastern Ukraine, have arrived in the city of Luhansk.

"Over 60 vehicles have arrived in Luhansk, delivering over 700 tonnes [nearly 800 tons] of humanitarian aid," deputy head of the crisis management center with the Russian Emergencies Ministry Oleg Voronov told the press.

After being unloaded, the trucks will head back to Russia's southern region of Rostov.

Since August 2014, Russia has sent 10 convoys with humanitarian aid to the Donbas region. In total, over 13,000 tons of humanitarian aid was delivered to the conflict-stricken areas in eastern Ukraine.

The Donbas region has been facing a severe humanitarian crisis since Kiev started a military operation against local independence supporters in April 2014.