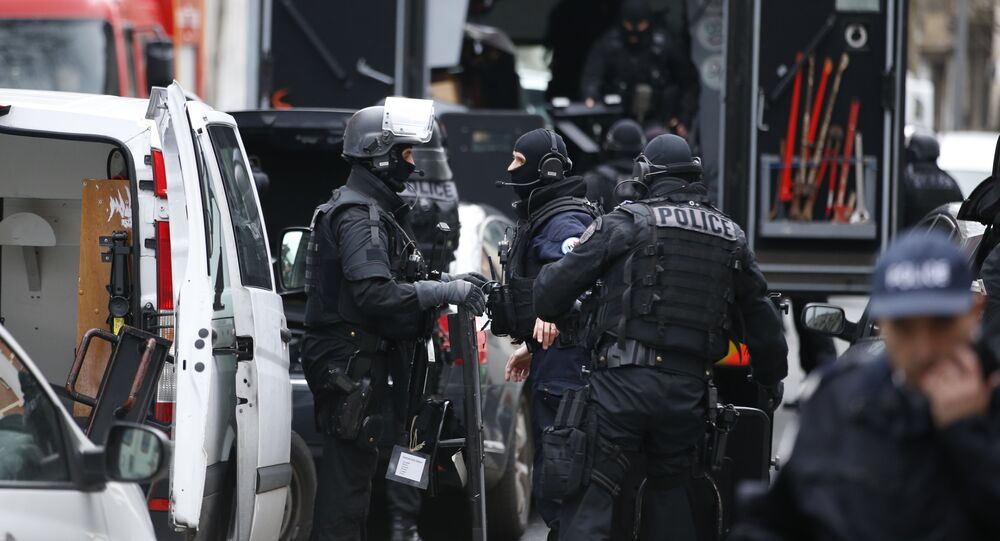 Two suspects of the Wednesday terror attack on Charlie Hebdo magazine office in Paris, brothers Said and Cherif Kouachi, French nationals of Algerian origin, were located in the Aisne department in France’s north.

According to the agency, the suspects were seen in the Aisne department in northern France. The agency's source claimed that a manager of a petrol station in the region recognized the two men who are believed to have carried out the attack.

The suspects are brothers Said and Cherif Kouachi, French nationals of Algerian origin.

© AP Photo / Prefecture de Police de Paris
This photo provided by The Paris Police Prefecture Thursday, Jan.8, 2015 shows the suspects Cherif, left, and Said Kouachi in the newspaper attack along with a plea for witnesses

The ID card of Said Kouachi, one of the suspects in #CharlieHebdo attack, found in their getaway car. pic.twitter.com/j4bWeW24cm

Cherif Kouachi, the younger brother, was sentenced in 2008 to three years in jail after being found guilty of participating in a network that recruited French Muslims to fight alongside al-Qaeda in Iraq.

Another alleged attacker, Hamyd Mourad, claims to have an alibi.

The satirical magazine had previously received several threats from radical Islamists over its publication of caricatures of the prophet Muhammad. Among the latest posts on the magazine's Twitter before the attack was a cartoon mocking Abu Bakr Baghdadi, the leader of Islamic State militant group.