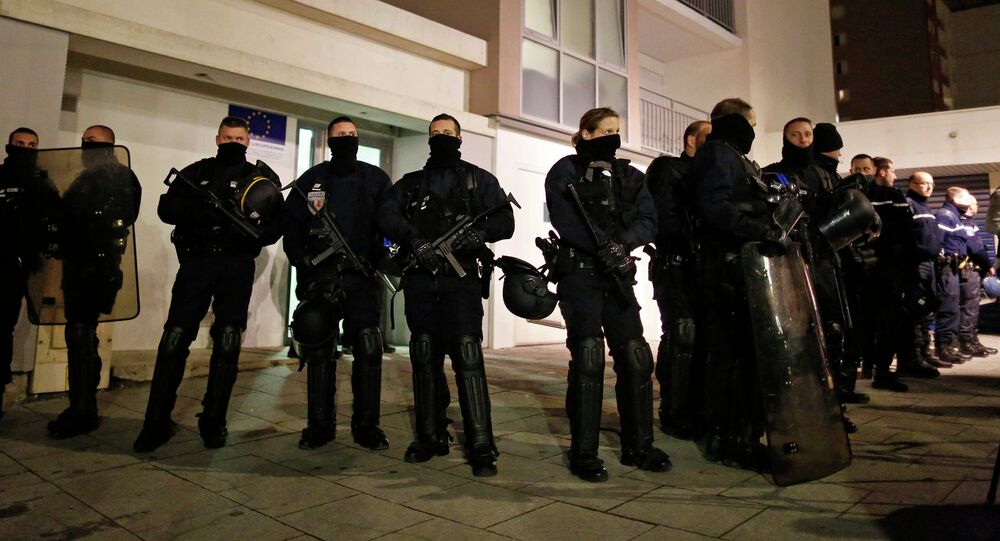 The suspect in the Charlie Hebdo magazine office terrorist attack, 18-year-old Hamyd Mourad turned himself in to police claiming he is innocent.

MOSCOW, January 8 (Sputnik) — The youngest of the three suspects in the Wednesday terror attack at Charlie Hebdo magazine office in Paris, 18-year-old Hamyd Mourad turned himself in to police claiming he is innocent, French iTele TV Channel said Thursday.

“The youngest of those wanted surrendered to police pleading not guilty. His alibi will be verified by investigators,” iTele said on Twitter.

© AFP 2021 / BRENDAN SMIALOWSKI
Updates on Charlie Hebdo Attack: Manhunt Underway, France Mourns Victims
According to iTele, Hamid Mourad said that at the time of the attack he was in lycée in Charleville-Mezieres. It was reported earlier that Mourad is a student.

Earlier on Thursday AFP reported citing source close to the investigation that 18-year-old Hamyd Mourad surrendered to police at 22:00 GMT Wednesday “after seeing his name circulating on social media" and was placed in custody. The news agency said that several other people linked to suspected attackers were also detained.

The French police have issued arrest warrants for two other suspects, Said and Cherif Kouach — French nationals of Algerian origin in their 30s. The police also published their photos, appealing to the public for information on their whereabouts.