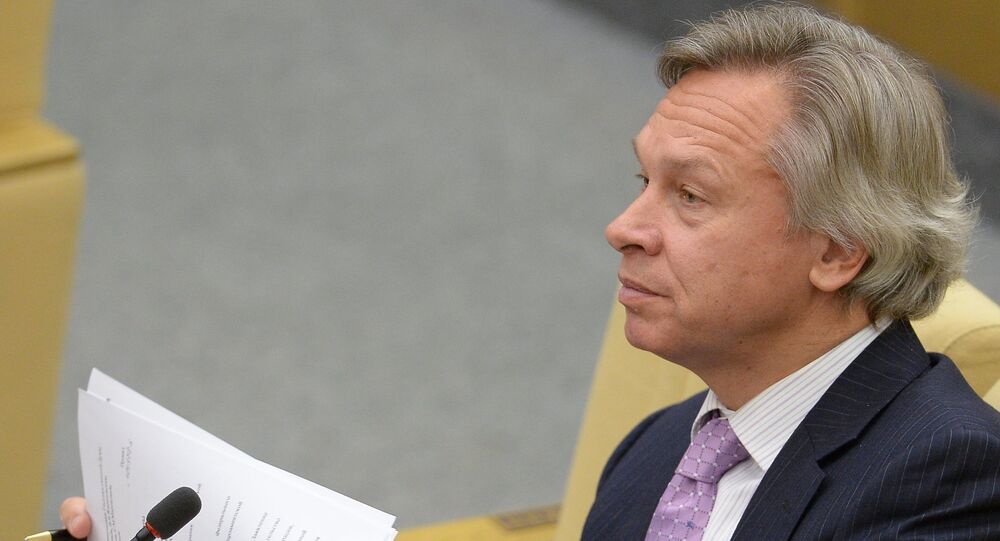 The real threat to Europe comes from the adherents of terrorism, not from Russia, according to Alexei Pushkov, the head of the foreign affairs committee in the lower house of Russia's Parliament.

"The tragedy in Paris has demonstrated that it is not Russia that threatens Europe and its security. It's a bluff. The real threat comes from the adherents of terrorism. It's a fact," Alexei Pushkov, the head of the foreign affairs committee in the lower house of Russia's Parliament tweeted.

On Wednesday, three men burst into the Charlie Hebdo satirical magazine's central Paris office. At least 12 people — 10 journalists and 2 police officers — were shot and killed by the gunmen. According to media reports, the shooters managed to escape by car.

Following the attack, France's Ile-de-France region was placed on the highest terror alert in decades. French media offices have also been placed under enhanced police protection. The manhunt for the gunmen is already underway.