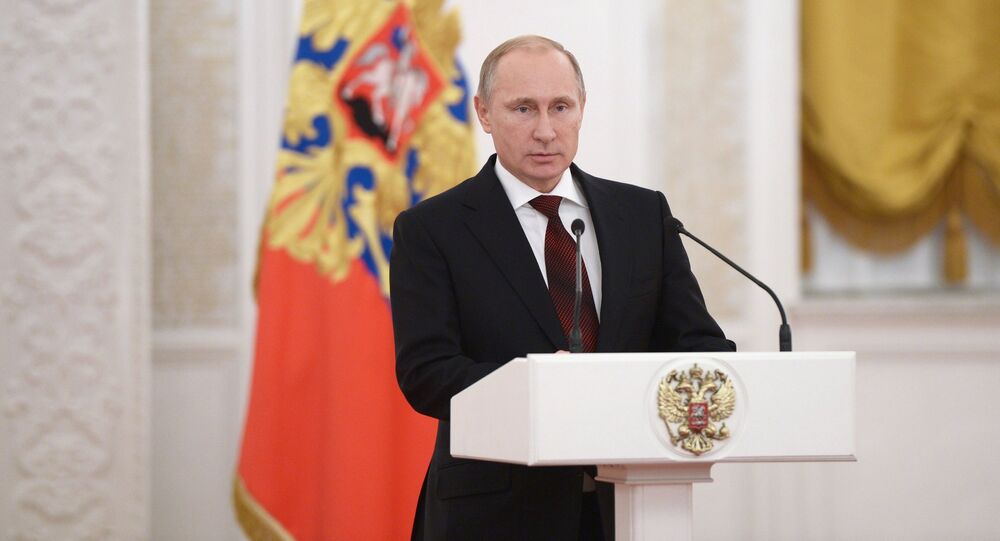 Vladimir Putin has condemned a deadly terrorist attack in Paris, and confirmed Moscow’s readiness to continue cooperation with France in battling terrorism.

"The Head of the State has condemned this cynical crime and has confirmed readiness to continue cooperation in the fight against terror threat," the statement published on the Kremlin's official website read.

Putin also expressed his condolences to the victims' families and wished the injured a speedy recovery.

Earlier on Wednesday, other world leaders also expressed their sympathy over the tragedy in Paris.

"This terrifying terrorist attack in France is not simply an attack on French citizens and France's home security. This is an attack on the freedom of speech and press, which cannot be justified," German Chancellor Angela Merkel said as quoted by DPA news agency.

"Everybody here at the White House is with the families of those who were killed or injured in this attack," Earnest said, speaking on the MSNBC channel.

Is the Western media in some way responsible for the attack on Charlie Hebdo?
Voted: 1789
All polls
David Cameron called the murders in Paris "sickening" on his Twitter account, adding that Britain stood "with the French people in the fight against terror and defending the freedom of the press".

NATO Secretary General Jens Stoltenberg said the attack was a "barbaric act and an outrageous attack on press freedom", as quoted in a statement on the NATO website.

Earlier on Wednesday, three armed men rushed into the offices of the Charlie Hebdo magazine and shot at least 12 people, 10 of them journalists and two police officers.

Following the attack, the terror alert in France's Ile-de-France region, which includes Paris, was raised to the highest level.