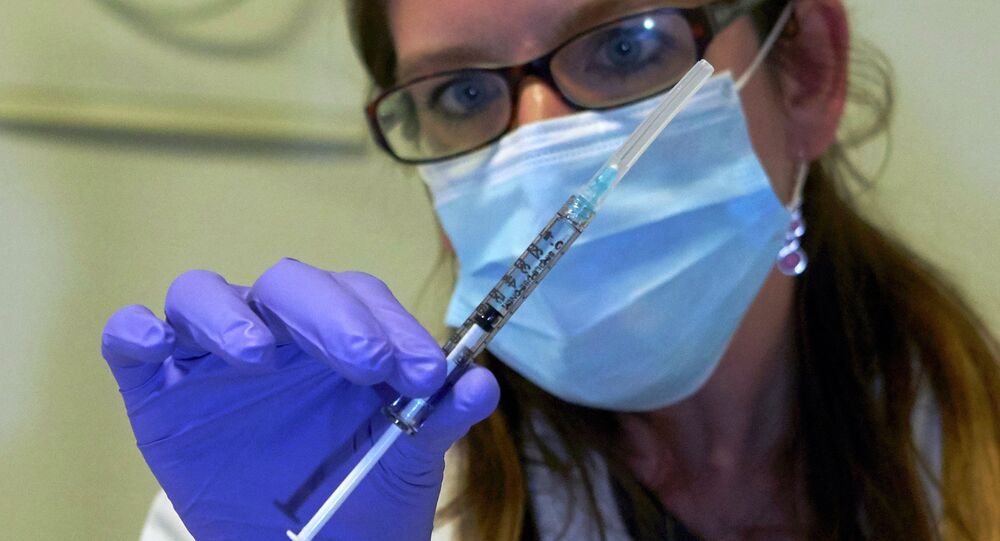 Macmillan Cancer Support's director for policy and research in England stated that one in every two people in the United Kingdom can expect to be diagnosed with cancer at some point in their lifetime by 2020.

© Fotolia / kasto
Scottish Scientists Say Discovered Protein to Prevent Cancer
EDINBURGH, January 7 (Sputnik) — One in every two people in the United Kingdom can expect to be diagnosed with cancer at some point in their lifetime by 2020, Macmillan Cancer Support's director for policy and research in England told Sputnik.

“While improved awareness and mitigation of risk factors can help prevent some cases of cancer, current projection figures show that by 2020 one in two of us will receive a cancer diagnosis in our lifetime,” Dr. Fran Woodard said.

New research published by the Macmillan charity this week revealed that cancer rates in the United Kingdom are set to reach record levels with 2.5 million cases in 2015, up by 400,000 since 2010.

According to Woodard, advances in treatment of the disease imply that "more people are surviving cancer and are living long after their diagnosis."

She added that cancer was primarily a disease of older people, and therefore there was also an increase in the number of diagnoses as the population was ageing.

Dr. Philippa Whitford, a cancer surgeon at Crosshouse Hospital in southern Scotland's Kilmarnock, told Sputnik that although the rise in cancer diagnoses was related to a variety of factors, the key to reducing cancer rates lay in improving the society’s underlying health.

“The background incidence of most cancers is increasing. Partly due to ageing population as most cancers commoner with age but also due to the impact of public health issues such as smoking, alcohol, obesity and particularly lack of exercise,” Whitford said.

Whitford added that screening programs, which diagnose more cancer cases earlier, provide patients with better chances of survival than 20 years ago, but urged that “we need to tackle our underlying health” to cut down the chances of being diagnosed with cancer.

The analysis of existing research carried out by Macmillan shows that prostate cancer accounts for the highest rise among men. Breast cancer remains the most common form of the disease in women, with a projected 691,000 cases predicted in 2015.