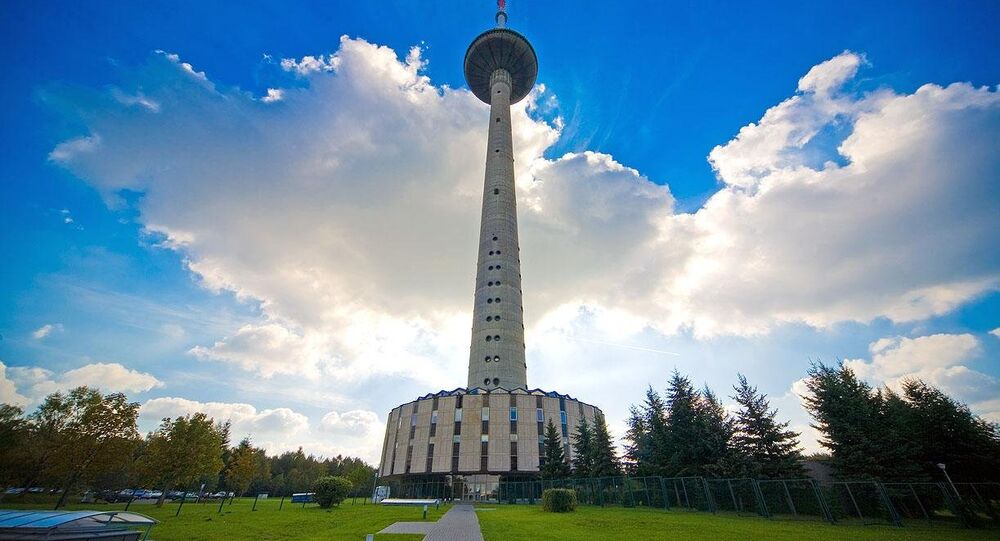 Lithuanian television authorities said on Monday that they may halt the transmission of two Russian television channels for up to a one year period for the alleged violation of local broadcasting laws.

MOSCOW, January 6 (Sputnik) — The Lithuanian Commission for Television and Radio noted on Monday that the transmission of the Russian television channels 'RTR Planeta' and 'NTV Mir Lithuania' may be blocked for a period up to one year, the Lithuanian news portal Delfi has reported.

"The temporary halt [in broadcasting] of individual programs lasted for three months. Now the entire channel will be blocked, as there have been repeated violations, and I think it should be for a longer period. In my opinion, two years may be too long. I think up to one year," said the Lithuanian Head of the Commission on Television and Radio Edmundas Vaitiekunas.

In addition to the possible blockage of RTR Planeta and NTV Mir, the Commission is considering blocking a series of programs on Ren TV Baltic (Lietuva). The decision on whether or not to block individual programs and entire channels will be made after the Commission determines whether the channels have violated local laws, receives the opinion of the country's Inspector on Journalistic Ethics, holds talks with the broadcasters and informs the European Commission on the alleged violations.

Last October, the Commission on Television and Radio had halted the broadcasting of the First Baltic Channel, which had been rebroadcasting programs from Channel One Russia. The commission also banned the rebroadcasting of certain programs on RTR Planeta and NTV Mir for a three month period. The reason behind these temporary bans was said to have been the divergence of the views expressed on the channels from the official positions of Lithuania with regard to its history and the present situation in Ukraine, RIA Novosti has explained. The blockage was said to have resulted from incendiary content which did not comply with journalistic ethics, along with the provision of information in a "biased, unsubstantiated way, attempting to shape the viewer's opinion in such a way as might foment war and hatred," LifeNews further noted.