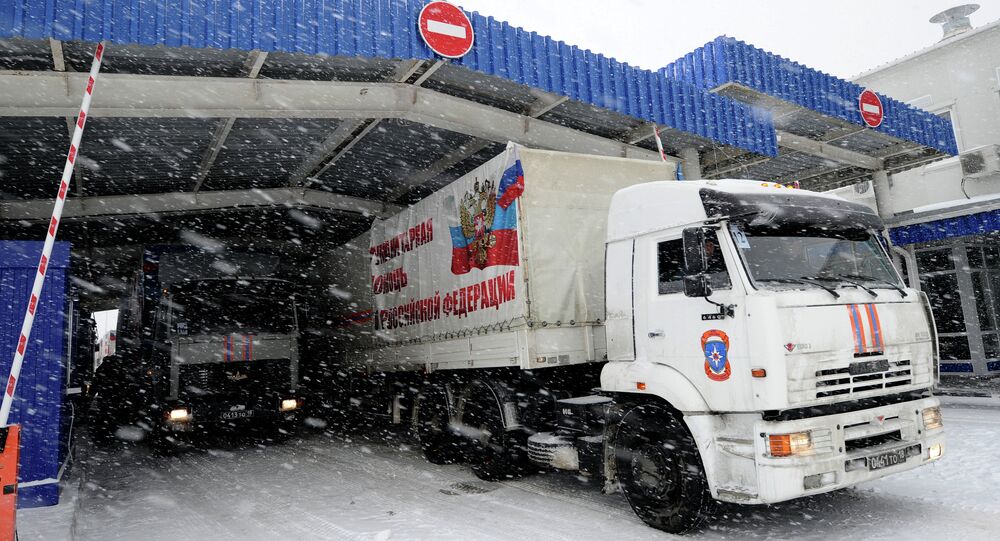 According to the spokesperson for Donbas restoration management center, the next Russian humanitarian aid convoy may arrive in Donetsk on January 8.

“We expect [that the aid convoy will arrive] on January 8. We expect that the convoy will be carrying foodstuffs and building materials,” the spokesperson said.

On Saturday the head of the Russian National Crisis Management Center Viktor Yatsutsenko said that the 11th Russian humanitarian aid convoy comprising of 120 trucks is scheduled to leave for southeastern Ukraine on January 8. The convoy will be carrying more than 1,400 tonnes of aid.

Since August 2014 Russia has delivered a total of 13,400 tonnes of humanitarian aid to the conflict-torn region of Donbas, including foodstuffs, baby food, medicines, power generators, blankets and winter clothes. The tenth Russian humanitarian aid convoy returned to Russia on December 22.

Southeastern Ukraine is experiencing a severe humanitarian crisis as a result of a military operation launched by Kiev in mid-April 2014 to suppress independence supporters in Donetsk and Luhansk.