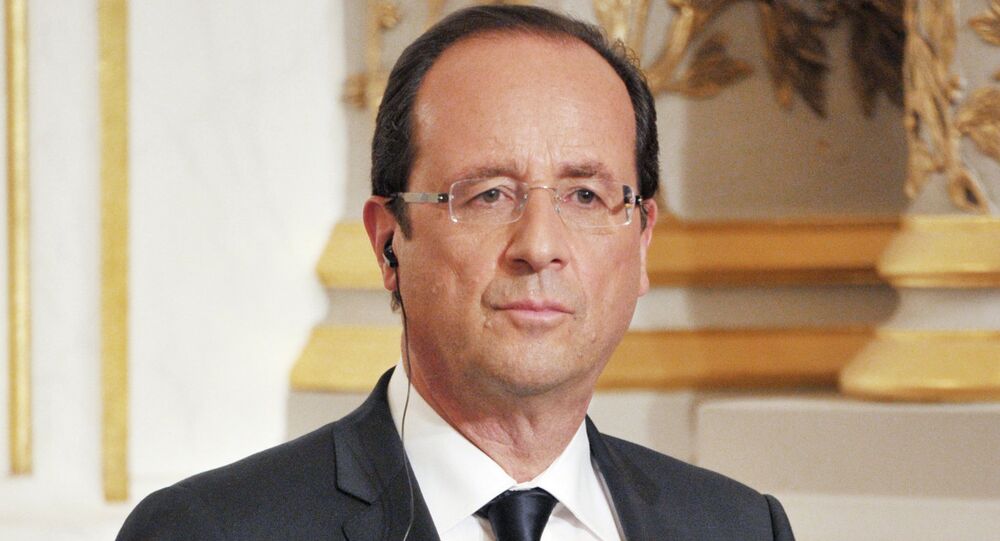 French President Francois Hollande has reminded Greece of its commitments to the EU in the face of upcoming parliament elections. France and other EU countries are worried about possible changes to the country’s economic course if the Greek left-wing Syriza party wins the election.

© Sputnik / Alexey Nikolsky
Hollande Says Expects Progress at Meeting on Ukraine in Kazakh Capital
PARIS, January 5 (Sputnik) — French President Francois Hollande has called on Greece to stick to its European commitments in the light of political turmoil in the country related to the upcoming parliament elections, AFP reported on Monday.

"The Greeks are free to choose their own destiny. But, having said that, there are certain engagements that have been made and all those must be of course respected," Hollande said in a statement, cited by the news agency.

The president also noted that it is up to Greece to decide on its further stay in the eurozone.

There is growing worry in the EU over the outcome of snap elections planned for January 25, arising after the Greek left-wing Syriza party gained popularity all across the country. In his recent statement, the party’s leader Alexis Tsipras promised to stop a highly unpopular rigid economy policy and start a "necessary change" in Europe.

However, a number of European countries laid heavy criticism at the possible Greek plan. German Chancellor Angela Merkel previously announced that Germany is ready for Greece to leave the eurozone if the new government would change the current economic course.

© Sputnik / Sergei Guneev
German Authorities Ready for Greece’s Exit From Eurozone in Case of Emergency: Reports
German Finance Minister Wolfgang Schaeuble also stated earlier that any new Greek government would have to pay its debts whether it decides to exit the eurozone or not.

Greek participation in the eurozone has been in the spotlight following the failure of the country's parliament to elect a president in the second and the final third rounds of voting. As a result, the Greek parliament will be dissolved, with snap election to take place on January 25. The opposition party Syriza, which promised to reconsider the country's agreements with foreign creditors, is likely to win the upcoming election, according to polls.

© REUTERS / Alkis Konstantinidis/Files
Greece Heads to Poll Again, as Second Round Proves Indecisive
On Saturday, Germany's Spiegel Online magazine reported that the German government considers the exit of Greece from the eurozone inevitable if Alexis Tsipras, the leader of Syriza, wins the upcoming elections. The magazine states that, with a Tsipras victory, the Greek government will backtrack on the austerity measures, halt the interest payments and repayment of the national debt.
...
Reddit
Google+
Blogger
Pinterest
StumbleUpon
Telegram
WhatsApp
56