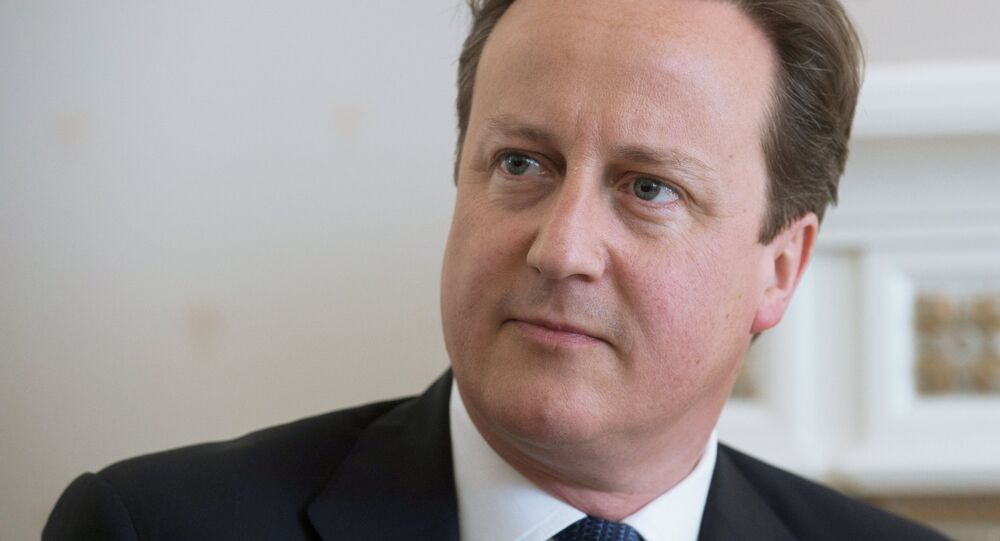 The referendum planned for 2017 will decide on the issue of rising immigration, with David Cameron willing to change certain aspects of the EU treaty.

© AP Photo / Kirsty Wigglesworth
Cameron: No Economic Benefits to Migrants if Britain Stays in EU
MOSCOW, January 4 (Sputnik) — Prime Minister David Cameron announced on Sunday his intention to carry out a referendum on Britain's membership in the European Union, planned for 2017 as soon as possible, according to Reuters.

The idea of holding a referendum came after Eurosceptics have gained popularity in the country, especially with regard to the demand from Brussels to pay an extra £1.7bn and a rising influx of migrants, which the UK government is unable to control.

"The referendum must take place before the end of 2017. If I think we could do that earlier I would be delighted. The sooner I can deliver on this commitment of a renegotiation and a referendum… the better," Cameron told BBC correspondent.

© Sputnik / Sergei Guneev
UK Prime Minister Taking Risk by Threatening EU Exit Referendum: MP
Some experts assume that the referendum will have negative effects on investment and the country’s economy, according to proeuropa.org.uk. But UK Prime Minister has a quite decisive position with regard to the planned vote.

Late November, UK Prime Minister David Cameron made a public statement, saying that the government is planning to restrict the influx of immigrants by decreasing the attractiveness of the UK's domestic welfare system and depriving newcomers of social and healthcare benefits. According to the new initiative, immigrants will have to work for four years before they get any social advantages.

The measure is designed to strengthen control over the migration process. However, it has been sharply criticized by German Chancellor Angela Merkel who opposes the restrictive initiatives of that kind and says she will not allow the EU's rules on freedom of movement for workers to be abandoned, according to Reuters.