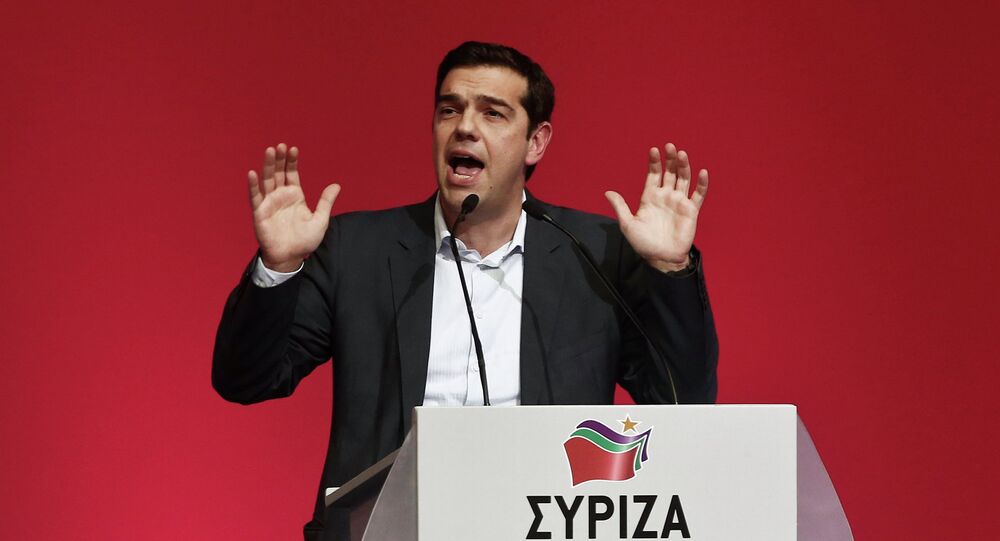 Alexis Tsipras is planning to abandon his country’s austerity policy, a result of the 2008 financial crisis, which led to high unemployment rates and homelessness.

MOSCOW, January 4 (Sputnik) — Leader of the Greek left-wing Syriza party, Alexis Tsipras, announced that he would abandon policy of austerity, introduced in 2010 to pull out the country of the debt crisis, in the event his party wins the upcoming snap elections planned for January 25, AFP reported.

Austerity measures have stabilized Greece and helped the country to remain in the economic union of the EU. However, the rigid policy has had drastic consequences for the national economy and society, with the unemployment rate up to 25% and a decline in industrial output by 35%. The numbers of homeless has also dramatically risen, while the healthcare system and other social services have collapsed.

"With vigorous negotiations, we guarantee our country's truly equitable participation in the eurozone," Tsipras said. "We must finish with austerity," he added.

However, the potential change of the current course seems to be worrying for some European countries. Earlier this week, German Chancellor Angela Merkel announced that Germany is ready for Greece to leave the eurozone if the new government would change the current economic course.

© REUTERS / Alkis Konstantinidis/Files
Greece Heads to Poll Again, as Second Round Proves Indecisive
“The German government considers a eurozone exit [by Greece] to be almost inevitable if opposition leader Alexis Tsipras leads the government after the election and abandons budgetary discipline and does not repay the country's debts," German magazine “Der Spiegel” wrote on its website.

In May 2014, the Syriza party won the European Parliament elections, causing shock across the EU. It was the first time a radical left-wing political party has gained victory in Greece, according to the Guardian. Over the last few months the party became very popular in the country and is considered  highly electable for the upcoming parliament elections.