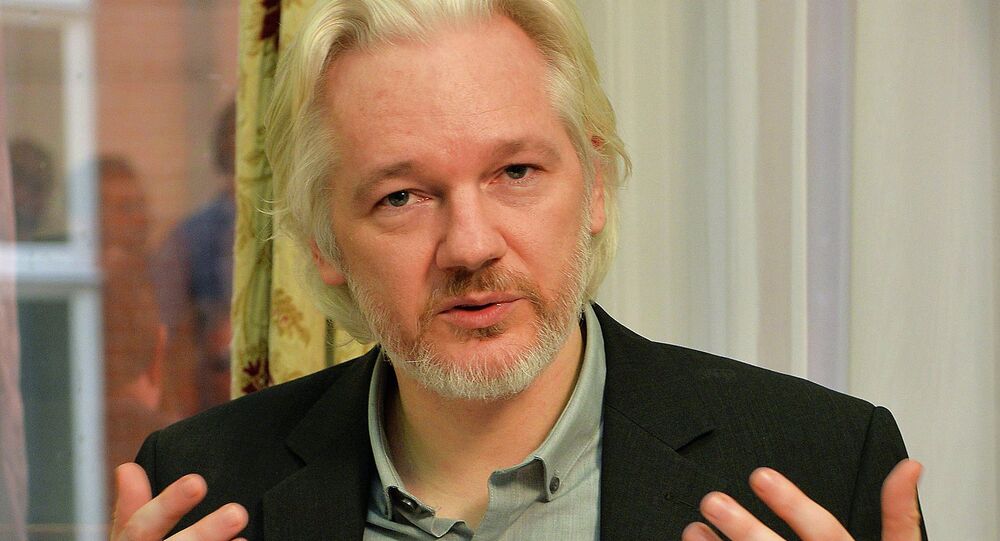 The London police spends $16,860 daily for a team of three officers posted at the Ecuador's embassy steps. One officer patrols the entrance, while the other two are on watch to make sure that Assange does not leave the embassy disguised as a visitor.

"The estimated full cost [of policing the Ecuadorian embassy] including indirect costs for the [June 2012-October 2014] period would be £9.0m," a Metropolitan Police spokesperson was quoted as saying by the news outlet.

The publication added that the London police spended 11,000 pounds ($16,860) daily for a team of three officers posted at the embassy steps. One officer patrols the entrance, while the other two are on watch to make sure that Assange does not leave the embassy disguised as a visitor.

By the end of last January, the stakeout has been reported to cost the UK taxpayers 2.9 million pounds ($4.4 million at the current exchange rate).

Julian Assange gained notoriety in 2006 with the founding of WikiLeaks, an online trove of secret materials exposing global corruption and wrongdoing. In 2010, the website published 250,000 classified US diplomatic cables in 2010.

© Flickr / Tom Raftery
WikiLeaks Says Iceland’s Gov’t Unlikely to Push Information Freedom Reform
Assange has taken refuge at the Ecuadorian embassy in London since June 2012, when the British court ruled to extradite him to Sweden on charges of alleged sexual assault. Assange has claimed the extradition to Sweden was a ploy to hand him over to the United States, where he would be tried under the Espionage Act. British authorities say the are determined to "honor their obligations" to Sweden, which upheld its arrest warrant in November 2014.

To date, Swedish investigators have failed to question Assange on the grounds that it is counterproductive to travel to London to question a suspect.