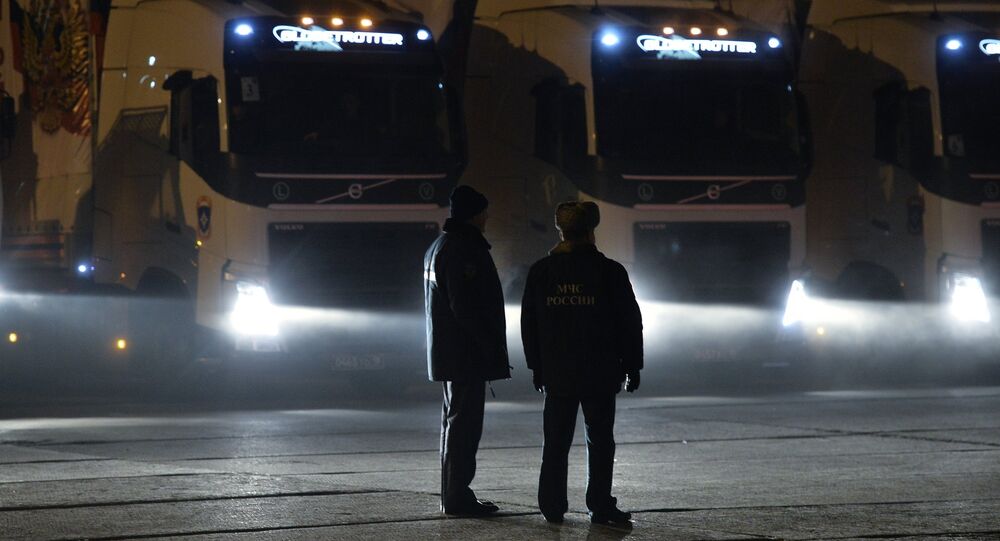 According to Russia's Emergencies Ministry, a convoy of more than 60 vehicles carrying humanitarian aid will leave for the Russian border region of Rostov on January 4.

"On January 4, a convoy of more than 60 vehicles carrying humanitarian aid will leave the Noginsky Rescue Center for the Rostov region," a ministry's spokesperson said.

Trucks from other parts of the country will also shortly leave for the Russian border region of Rostov, the spokesperson added.

© Sputnik / Valery Melnikov
Russian Humanitarian Aid Provided to 24 Countries in 2014: Ministry
Earlier on Saturday, head of the Russian National Crisis Management Center Viktor Yatsutsenko said that the next Russian humanitarian aid convoy would consist of 120 trucks and deliver more than 1,400 tonnes of aid to eastern Ukraine on January 8.

Since August, Russia has sent 10 convoys to the eastern Ukrainian regions of Donetsk and Luhansk, delivering more than 13,400 tonnes of aid, including food, medication, blankets and power generators.

The regions have been facing a major humanitarian crisis since Kiev launched a military offensive against local independence supporters in April. Months of fighting have destroyed important infrastructure and left many local residents without food, drinking water and electricity.