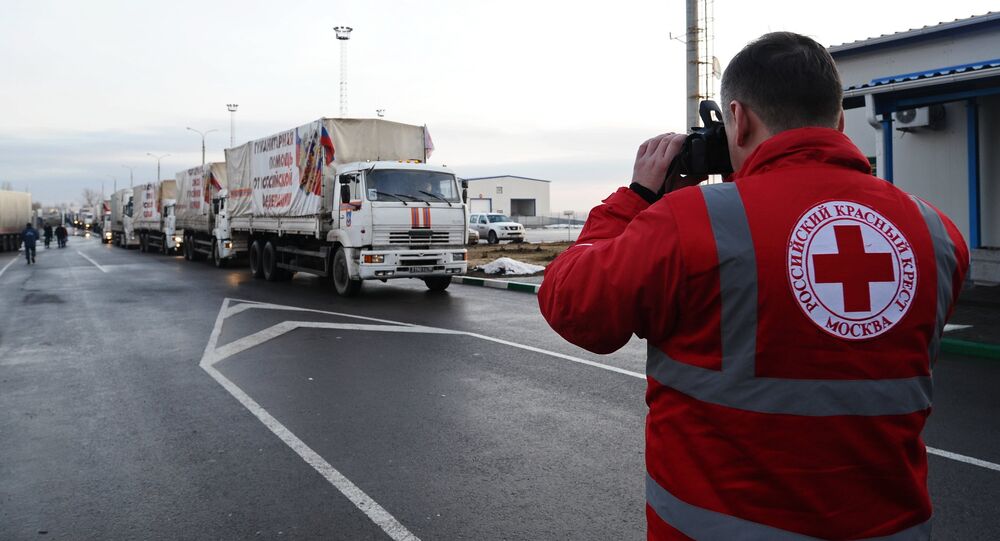 Russia is planning to send the 11th humanitarian aid convoy to the war-torn eastern Ukraine on January 8.

"The 11th humanitarian aid convoy is scheduled to leave on January 8," Yatsutsenko said in an interview with the Rossiya-24 TV channel.

The convoy will include 120 vehicles and is set to deliver more than 1,400 tonnes of aid, he added.

The Donetsk and Luhansk regions in Donbas are facing a major humanitarian crisis after Kiev-led forces began a military operation against local independence supporters in April.