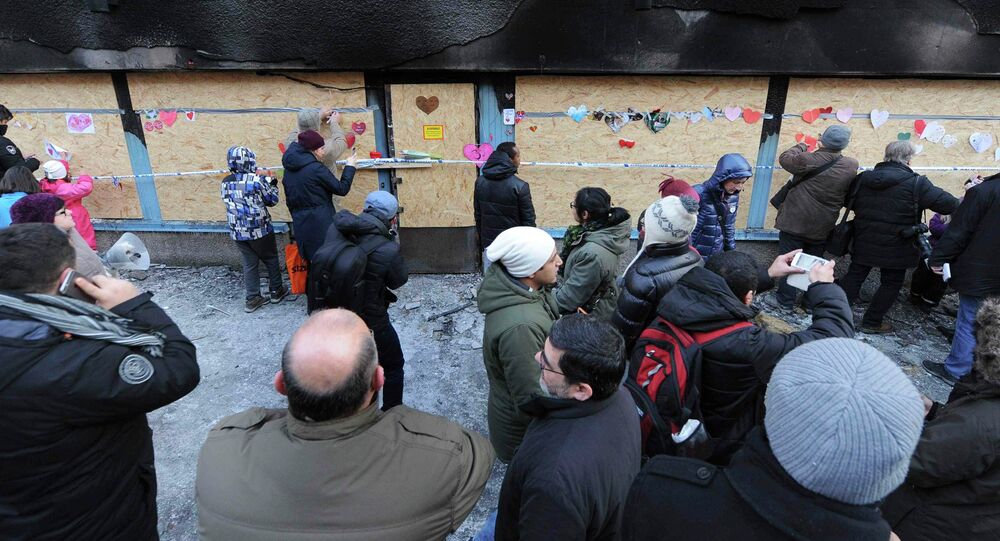 Swedes Take to Streets to Demand End to Mosque Attacks

Hundreds of protesters took to the streets of Stockholm, Malmoe and Gothenburg to demand an end to attacks on mosques after the third such incident.

"We want to send the message that these attacks on mosques… are a problem for all of society and not just Muslims," Mohammed Kharraki, a spokesman for Sweden’s Islamic Association, told the agency in Stockholm.

"This is about people being denied their basic rights… Everyone needs to ask themselves, politicians and citizens if this is the kind of society they want," he added.

Thousands have turned out for #Stockholm rally in support of #muslims after mosque arson attacks #bräninteupp2015 pic.twitter.com/NRGt01yAWs

Thousands of Swedish showered mosque with flowers, which was burned by arsonist on Christmas Day #Sweden #Muslims pic.twitter.com/xJEaRX7yPe"

Mosque attacked yesterday had many visitors showing up before Friday prayer to show love and support #Sweden #svpol pic.twitter.com/MgpF8ll7Z1

On New Year’s Day, a mosque was attacked in Sweden’s fourth largest city of Uppsala. It was the third arson incident occurring in the country in the past week.

© East News / TT NEWSAGENCY
Another Mosque in Sweden on Fire, Arson Suspected: Reports
On December 29, a mosque was damaged by fire in the southern Swedish town of Eslov, located north of Malmo. No one was injured in the suspected arson attack.

On Christmas Day, an arsonist attacked a mosque in the Swedish town of Eskilstuna, injuring five people.

After the incident in Eskilstuna, authorities urged Swedes to reject xenophobia and protect religious freedom.

Five Injured as Fire Breaks Out in Swedish Mosque