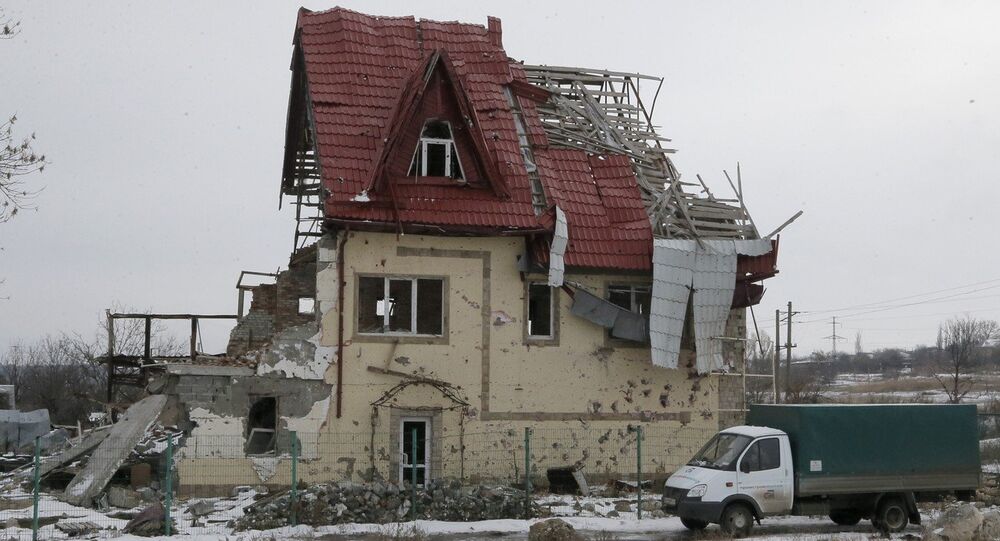 Donetsk representatives accuse Kiev of violating the ceasefire agreement and strengthening positions. As a result, three people have been killed and nine wounded.

© East News / Ukrafoto
Ukraine Reports 16 Ceasefire Violations by Donbas Independence Supporters
DONETSK, January 2 (Sputnik) – Donetsk independence supporters have said Friday that a ceasefire agreement was violated by the Ukrainian forces in Donbas more than 20 times during the past 24 hours, with three people killed as a result of shelling.

"During the past 24 hours the situation [in Donbas] has not changed significantly and remains tense. Ukrainian forces systematically shell militia's positions and take measures to strengthen their own positions, which violates the ceasefire agreements. The truce has been violated by the Ukrainian Army more than 20 times," the representatives of Donetsk said.

© Sputnik / Mikhail Parhomenko
Kiev Violates Ceasefire 15 Times on New Year’s Eve: Donetsk
Apart from that, the representatives stated that three people, including two civilians, were killed as a result of shelling by the Ukrainian army and nine militia members were injured.

A ceasefire agreement was reached between the warring parties in September 2014, as a result of the meeting of the so-called Contact Group on resolving Ukrainian crisis in Belarusian capital Minsk.

© Sputnik / Viktor Toltschko
Russia, Ukraine, France, Germany Call for Early Contact Group Meeting
In early December 2014, Ukrainian President Petro Poroshenko announced a "silence regime" in the country's southeast. The move was yet another effort to implement a truce in the region.

Both sides, however, repeatedly accused each other of violating the ceasefire agreements.

Kiev to Pull Back Heavy Arms in 48 Hours After Complete Ceasefire: Official