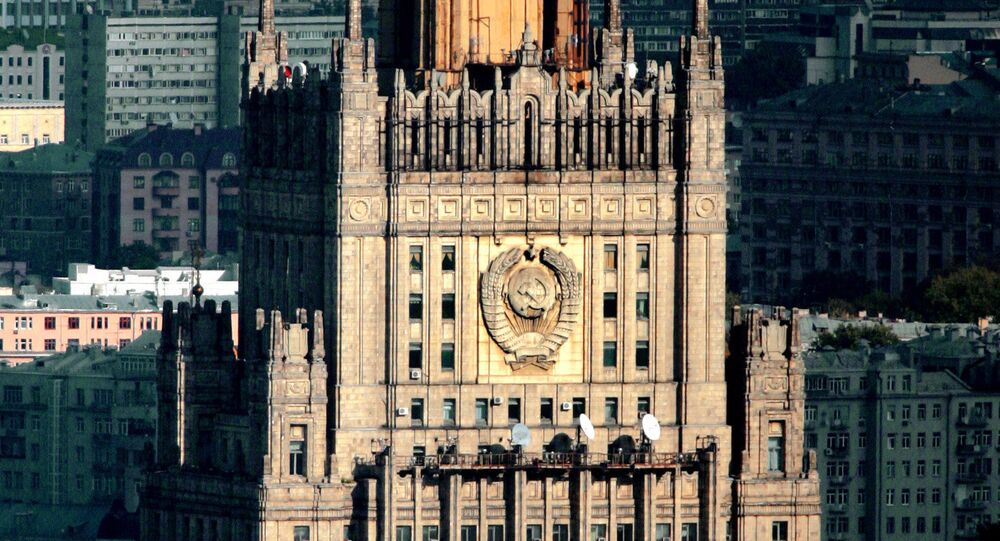 Russian Foreign Ministry stated that by replacing Russia with a US company as supplier of nuclear fuel, Ukraine endangers the health of its citizens and other peoples in Europe.

© REUTERS / Valentyn Ogirenko
Yatsenyuk: Ukraine About to Sign Agreement to Buy More US Nuclear Fuel
MOSCOW, December 30 (Sputnik) — By replacing Russia with a US company as supplier of nuclear fuel, Ukraine endangers the health of its citizens and other peoples in Europe, the Russian Foreign Ministry said on Tuesday.

Ukraine signed in Brussels earlier on Tuesday an agreement to buy nuclear fuel for its Soviet- and Russian-made reactors from the US company Westinghouse.

"This dangerous experiment, attempted by Kiev, puts in danger the safety and health of Ukrainian citizens and peoples of Europe," the ministry said in a statement.

"It seems that the lessons of the Chernobyl tragedy have not taught the Kiev authorities to follow a responsible and scientifically-sound approach to the use of nuclear energy," the statement said.

In its Tuesday statement the Russian Foreign Ministry said that while steps to win new nuclear fuel markets don’t go against long established international practices “in the case with Westinghouse there is a rush, unacceptable for nuclear power issues and negligence towards the nuclear safety requirements.”

The Russian Foreign Ministry added that Kiev had no reason to worry about the reliability of its Russian nuclear fuel supply. “[Russian] state nuclear energy corporation Rosatom conducts regular and uninterrupted supplies of fuel to Ukrainian nuclear power stations,” the ministry said.

Currently, nuclear power plants generate about 47 percent of Ukraine’s electrical power. The rest is produced by thermal power stations by burning gas and coal, as well as by hydroelectric power stations and green power.

Gas shortages and a halt in work at 80 percent of Donbas mines due to conflict in the area have led to deficit of energy and, as a consequence, electricity.