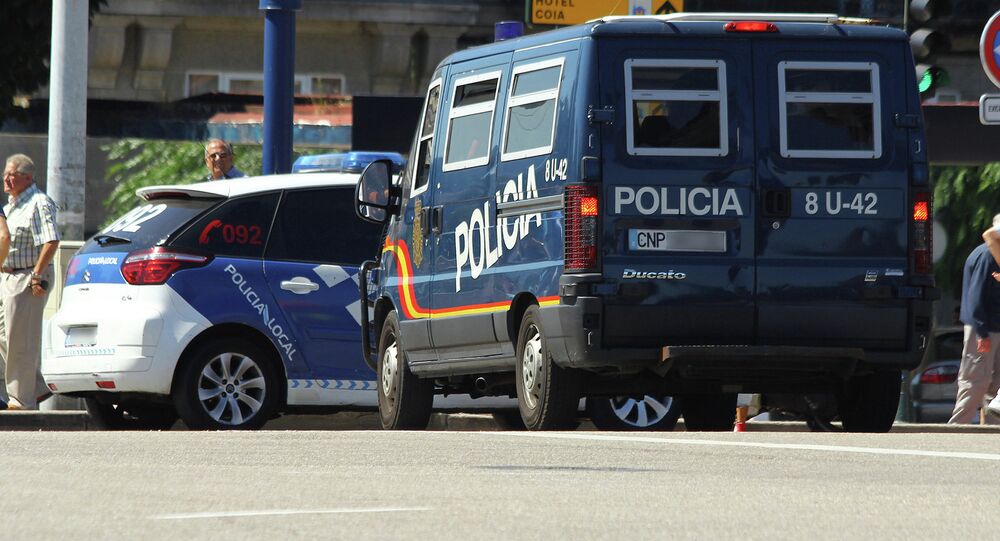 About 70 migrants from sub-Saharan Africa have scaled the fence along the border of Morocco and Spain to enter the Spanish territory of Melilla, EFE news agency reported Tuesday, citing local police.

© AP Photo / Kirsty Wigglesworth
Number of Migrants Attempting to Illegally Enter UK Quadruples Over Past Three Years
MADRID, December 30 (Sputnik) – According to police estimates, a total of 150 to 200 people, who are mostly from Mali, attempted to cross the border of Melilla, Spain’s North African enclave. Those who successfully scaled the 7-meter (23 foot) triple-layer fence and managed to reach Spain were brought to a temporary holding center for migrants.

According to EFE, one person sustained a leg injury while about 30 people remained perched on top of the fence three hours after the others successfully crossed the border.

Nearly 70 attempts to cross the Morocco-Spanish border have been made in 2014, with over 2,000 migrants successfully entering Spain, according to the Spanish Interior Ministry.

In mid-December, the Spanish parliament approved a public security bill, which allows the country to expel migrants who illegally entered the country without considering their asylum bids. The bill has faced criticism from Human Rights Watch, the United Nations and the European Commission, which all pointed to its anti-democratic nature.

International Migrants Day: the Ins and Outs of Migration Explained