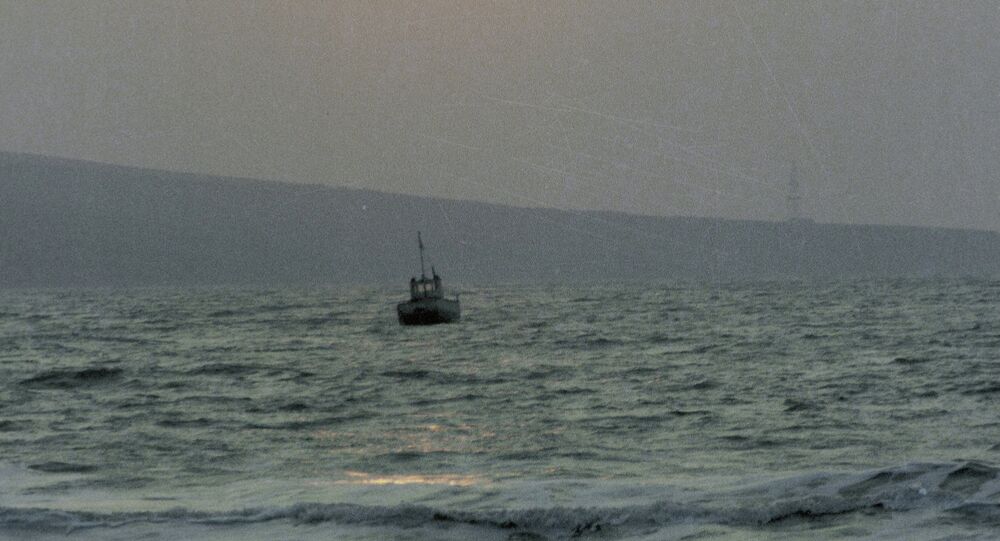 Corfu: Ship With 600 Migrants on Board Sends SOS Signal

Moldovan-flagged ship carrying 600 migrants on board has sent SOS signal because of suspected armed men on board.

MOSCOW, December 30 (Sputnik) — A ship carrying illegal migrants off the Greek island on Corfu has sent a signal because of suspected armed people on board, Reuters reports citing Greek state TV.

Greek shipping ministry has confirmed that SOS signal was sent by Moldovan-flagged vessel "Blue Sky M" carrying 600 migrants on board. The vessel is suspected to have suffered engine failure.

Ferry Blaze Death Toll Rises to 10, Number of Missing Unknown: Reports
SOS signal was sent via European number 112, according to Greek media Skai.gr. It was Italian coast guard who immeditely notified Greek authorities about the incident.

Frigate Navarino and Sikorski S-70 helicopter were sent to the spot.

The incident comes two days after Italian-flagged ferry with 478 people on board, which was traveling from Greece to Italy, caught fire in the same area, leading to a huge rescue operation by Italian and Greek coast guard and military officials. At least 10 people died in that incident, while 419 were saved.