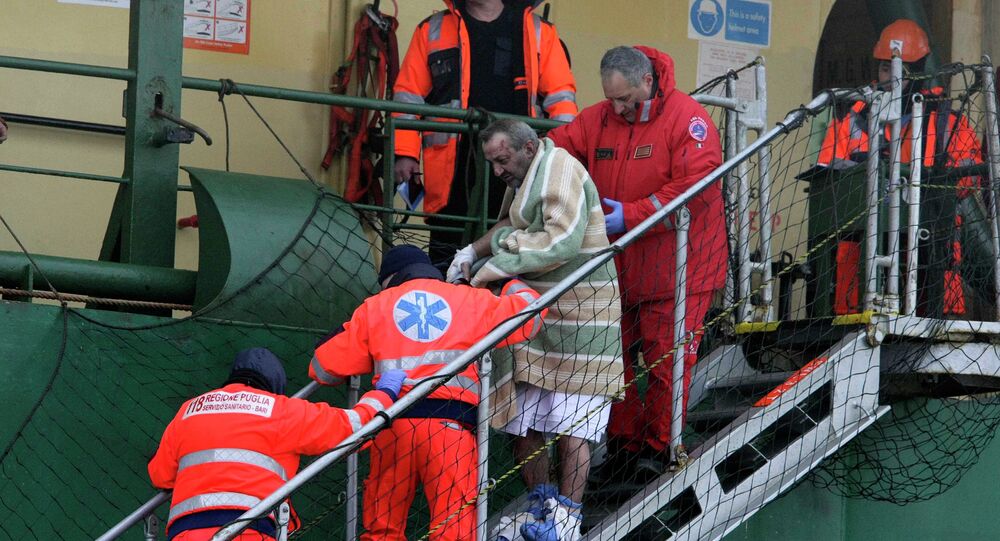 Italian Coast Guard stated that two more bodies have been recovered following the blaze on board the Norman Atlantic ferry en route from Greece to Italy.

Fire Strikes Norman Atlantic Ferry in the Ionian Sea; Footage From the Scene
ROME, December 29 (Sputnik) – Two more bodies have been recovered following the blaze on board the Norman Atlantic ferry en route from Greece to Italy, bringing the total death toll to seven, the Italian Coast Guard said Monday.

“Two more bodies have been found, the overall death toll has risen to seven,” the Coast Guard wrote on its official Twitter page.

Previous information confirmed that the death toll of the Norman Atlantic blaze had reached five. Four bodies were found during a rescue operation, one man died attempting to reach a lifeboat, ANSAmed news agency reported.

Out of 478 passengers and crew members who were onboard the ferry when it caught on fire, 419 people were saved, the Italian Navy reported.

The commander of the Norman Atlantic was the last to leave the ferry with the help of four Italian Naval officials who were sent onboard the vessel to assist him.

The fire on the Italian-flagged ferry broke out early Sunday morning from the ship's garage unit.

Later on Sunday, the ferry was towed away, with the fire on board partially under control. The rescue operation started over night and is being coordinated from the San Giorgio, an Italian Navy ship.

Fire Strikes Norman Atlantic Ferry in the Ionian Sea; Footage From the Scene