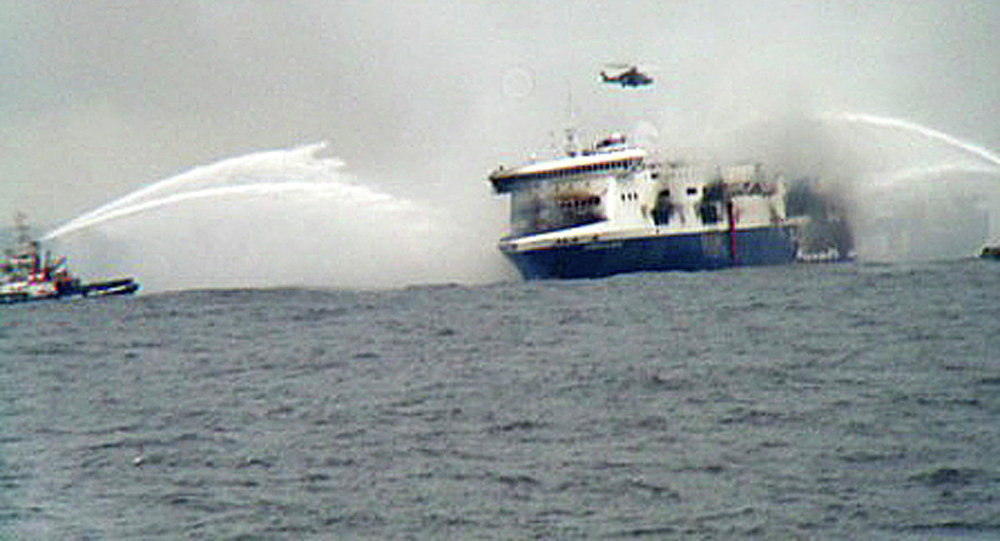 Witness reports that bodies of four people were seen on one of the rescue boats returning from the burning Norman Atlantic ferry.

Antonio Decaro, the mayor of Bari, said that local authorities learned there may be 4 victims but had received no further confirmation, Italian TV channel Rainews24 said.

The Italian Coast Guard initially reported that there was only one victim of the Norman Atlantic disaster.

The latest post on the Italian Navy Twitter page said that 363 passengers have been saved and 115 are still on board the burning vessel.

The fire erupted early Sunday morning in the ship's garage area. The ferry, flying under the Italian flag, was traveling from Greece to Italy.

The ferry was taken under tow later in the day, and the fire on board was partially controlled. The rescue operation is being coordinated from the San Giorgio, an Italian Navy ship.

Some 150 Passengers Evacuated After Ferry Catches Fire Off Greek Coast