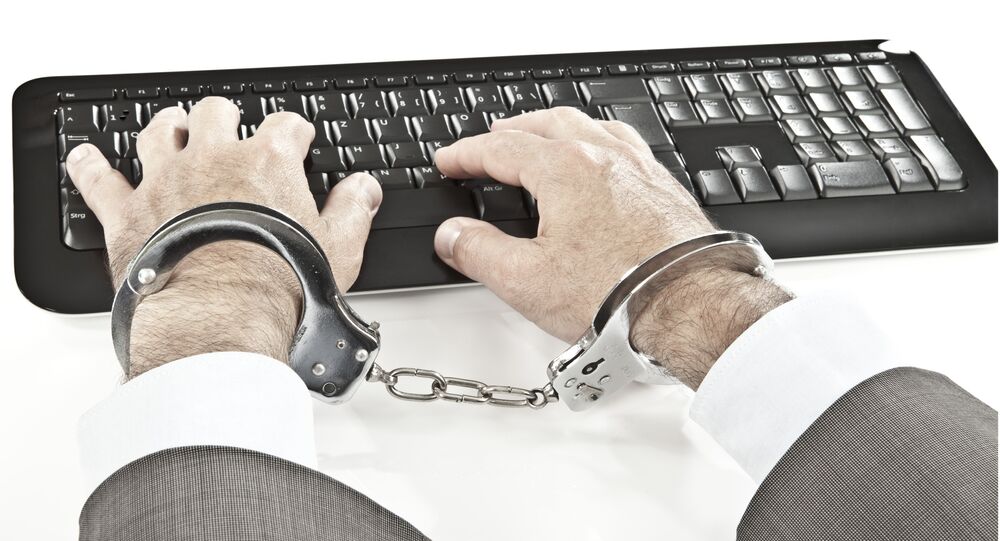 Britain's communications agency GCHQ says it has lost track of some of the most threatening criminals and has had to stop surveillance on others following the revelations of ex-NSA whistle-blower Edward Snowden.

Edward Snowden — now living in temporary asylum in Moscow — last year revealed the extent of spying operations being carried out at Britain's security and intelligence agency, the Government Communications Headquarters (GCHQ). He exposed the frightening level of interception of data over the internet, emails and other communications, both in Britain and abroad.

Snowden claimed that Britain's signals monitoring centre has been tapping fibre optic cables in a data-harvesting scheme called Project Tempora. He alleged that large volumes of data were drawn from fibre optic cables for up to 30 days so that it could be sifted and analysed. It is claimed that the metadata collected by GCHQ — the information about what is being sent, to whom, from whom, when etc. — is being shared among the Five Eyes electronic eavesdropping alliance, comprised of the US, UK, Canada, Australia and New Zealand.

‘It's All Snowden's Fault!'

According to the security editor of The Daily Telegraph, Tom Whitehead, the spy agency has suffered "significant" damage in its ability to monitor and capture serious organised criminals following the exposes by the former CIA contractor.

Sources have revealed that intelligence officers are now blind to more than a quarter of the activities of the UK's most harmful crime gangs and terrorists after they changed their communications methods in the wake of the Snowden leaks.

It has been revealed that a major Class A narcotics drug operation has been allowed to run unfettered by the crime agencies as a result of GCHQ being unable to continue tracking their communications. This, the source claims, is directly attributable to the fact that Snowden revealed the extent of GCHQ interception and — more importantly — their methods.

GCHQ works very closely with Britain's National Crime Agency (NCA) to monitor serious crime in the UK, including drug trafficking to the UK which it says costs an estimated £10.7 billion per year. The importance of communications intercepts is critical to its operation. The NCA boasts that it "gathers information, including intelligence, through its operations, and via other law enforcement agencies such as the police, other government agencies and the private sector". The fact that sources says its GCHQ-led intelligence has been compromised is of huge significance.

Sir David Omand, a former senior GCHQ official and now a Commissioner for the Global Commission on Internet Governance, told the House of Parliament Intelligence and Security Committee (ISC), giving evidence on the Snowden leaks, that: "I am becoming increasingly concerned that there is a quite unnecessary moral panic over privacy that has been aroused by the publicity surrounding the material-the documents-that Edward Snowden stole from GCHQ.

However, others have challenged the spy agencies' logic. Earlier this month, Nils Muižnieks, Commissioner for Human Rights at the Council of Europe said that national security concerns such as terrorism did not justify clandestine and indiscriminate mass surveillance programs.

In a landmark report entitled, "The Rule of Law on the Internet in the Wider Digital World," Muižnieks said the mass retention of data in the absence of any form of suspicion is "ineffective" and "contrary to the rule of law."

The current GCHQ director Sir Iain Lobban, in November, said the Snowden leaks had had a devastating effect on counter-terrorism operations as well as those against organised crime. He told the ISC in evidence: "We have actually seen chat around specific groups, including closer to home, discussing how to avoid what they now perceive to be vulnerable communications methods, or how to select communications which they now perceive not to be exploitable."

Asked whether the discussions related directly to the Snowden revelations, Sir Iain replied: "It is a direct consequence. I can say that explicitly."

However, a number of civil liberties groups have refuted the GCHQ's arguments, saying that mass surveillance programs are actually counterproductive.

"The Open Rights Group believes that mass surveillance is inappropriate, expensive, and ineffective, and oversteps the boundaries of acceptable behavior for intelligence agencies in a democratic society," a spokesperson for the Open Rights Group (ORG) said earlier this year.

UK officials clearly disagree, and Home Secretary Teresa May has already announced expanded powers that will allow the police and intelligence services to spy on the internet. The proposed legislation would require internet companies to keep records of every website their customers visited.

So regardless of whether Edward Snowden is responsible for the shortcomings of the GCHQ and the NCA or not, one thing is certain: these claims are already being used to widen Big Brother's reach.