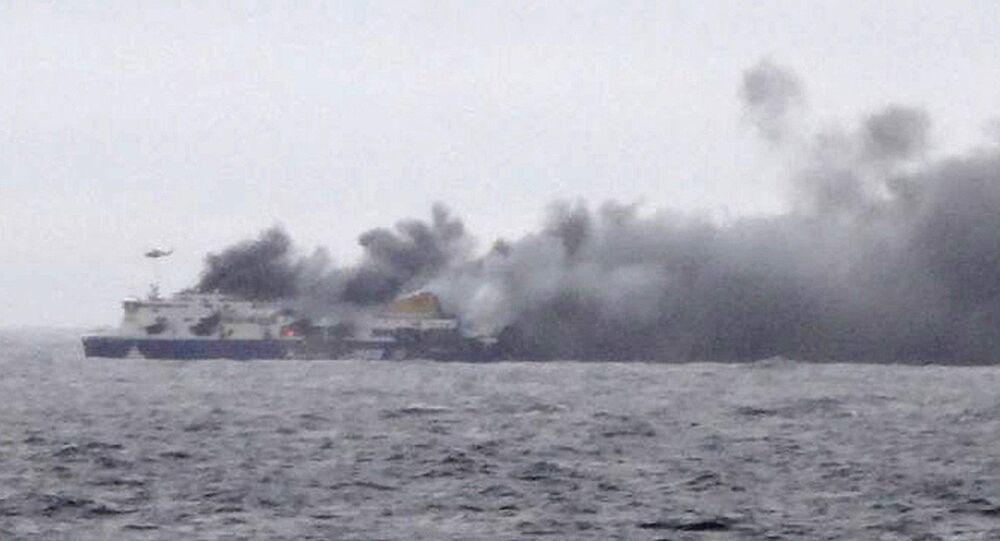 The Greek Defense Ministry's helicopters and aircraft are evacuating about 320 people who remain on board of the burning ferry. The fire is under control, although it has not been completely put out yet.

According to the TV channel, the fire is under control, although it has not been completely put out yet. Meanwhile, the ferry is drifting toward Albania.

The Greek defense minister has informed the country's prime minister that the military have sent a large force into the area of the accident, the Hellenic Ministry Of National Defence told RIA Novosti.

According to the ministry, 11 helicopters and a military aircraft were deployed to the area to assist in the rescue operation. The Super Puma helicopters of the Hellenic Air Force have started the evacuation of about 320 people who remain on board of the burning ferry. Another 150 passengers were evacuated in lifeboats.

The ferry caught fire at about 6 a.m. local time (4:00 GMT) on Sunday, when the vessel was 33 nautical miles away from the Greek island Othonoi. According to preliminary data, the fire broke out in the cargo section causing the ferry to lose control.