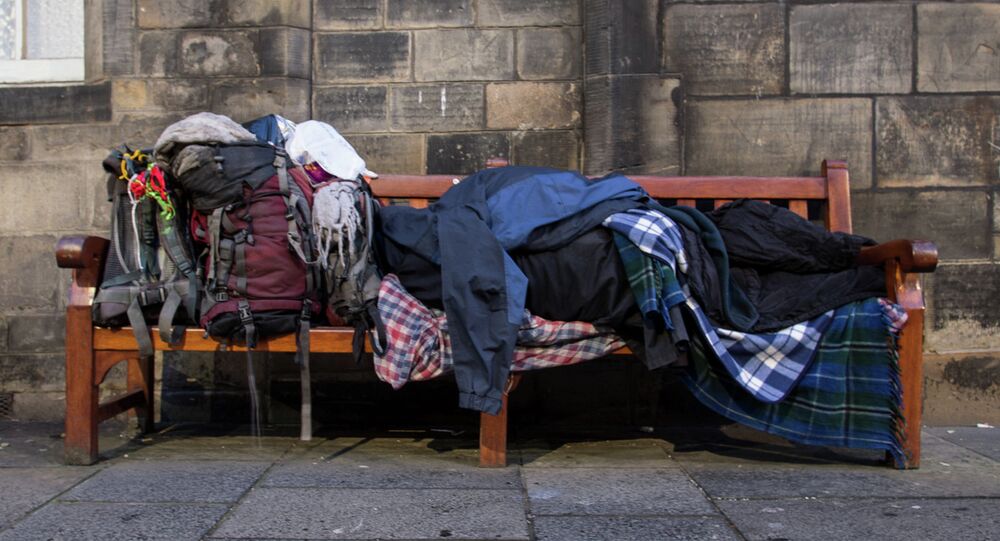 Scottish lawmakers have been blaming UK welfare policies for driving up poverty rates, specifically child deprivation levels, in the region. The only way to tackle poverty and homelessness is to devolve welfare powers from Westminster to the Scottish parliament, an SNP member believes.

"Charities and civic society groups made it clear in their submissions that only by devolving welfare wholesale could we make a transformational impact on poverty in Scotland. However, even if the welfare powers recommended by the Smith Commission are delivered, 85 percent of welfare will remain in the grip of Westminster," Whiteford said.

© AP Photo / Kirsty Wigglesworth
Cameron Delighted With Report on Devolution of Powers to Scotland
The Smith Commission was created following the Scottish independence referendum in September to initiate cross-party talks between the regional Scottish parliament and the UK parliament in Westminster with the end goal of transferring broader legislative powers to lawmakers in Scotland.

Scottish lawmakers have been blaming UK welfare policies for driving up poverty rates, specifically child deprivation levels, in the region.

Statistics produced earlier by housing charity Shelter revealed around 4,000 children in Scotland will be homeless over the Christmas period. The Child Poverty Action Group forecast that 100,000 children will be living in poverty by 2020.

© AP Photo / Scott Heppell
Outgoing First Minister Alex Salmond Says Scotland Has Gained Confidence
Following recommendations by the Smith Commission on what additional powers could be devolved to Scotland, 2.5 billion pounds ($3.89 billion) of welfare spending will now be decided by the Scottish parliament, but Westminster will retain control over the remaining 15 billion pound welfare budget.

In September, Scottish voters rejected independence for their nation in a referendum, with 55 percent of them preferring Scotland remain part of the United Kingdom.

Fans Upset by 'Planned' Clashes Ahead of Scotland-England Game: Manager