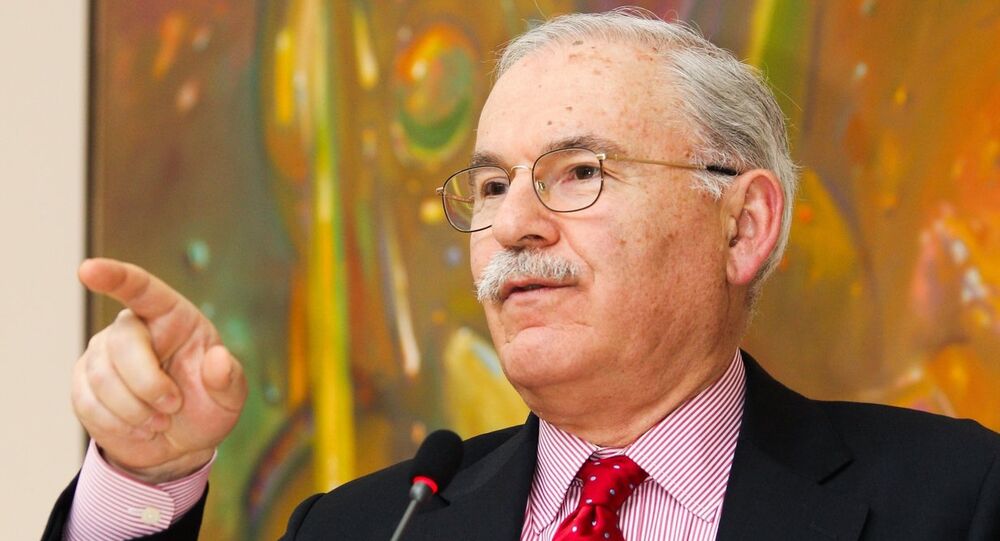 “He [Vitvitsky] has not made a final decision yet, as has not received independence guarantees of the position,” a source acquainted with Vitvitsky said, as quoted by the media outlet.

Three sources confirmed that talks between Vitvitsky and representatives of the Ukrainian presidential administration were underway. Mikhail Saakashvili, former President of Georgia, is among the main candidates for the post of the chief of Ukraine's National Anti-Corruption Bureau, Liga reported.

© Sputnik / Nikolay Lazarenko
Ukrainian Parliament Approves New Cabinet, Three Foreigners as Ministers
David Sakvareklidze and Gizo Uglava, both Georgian nationals, who worked as deputy chief prosecutors and were responsible for fighting against corruption in their home country, are also being considered as potential bureau chiefs, according to the Liga.

The National Anti-Corruption Bureau is a Ukrainian organization that investigates corruption in the country.

A special election commission selects three potential candidates. The President of Ukraine then chooses one candidate, who must be approved by the country’s parliament.

Ukraine's President Petro Poroshenko stated that employing foreign nationals was the result of a combination of factors, including the situation in eastern Ukraine, the difficult economic climate in the country and an attempt to mitigate widespread corruption. He added that he may employ more foreigners in government in the future.