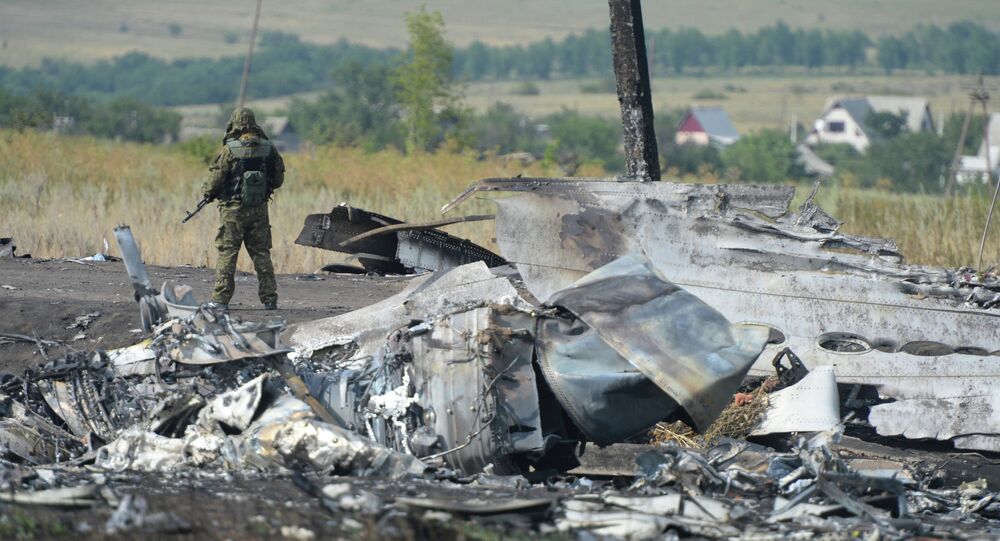 The SU-25 pilot Capt. Vladislav Voloshin allegedly involved in the downing of a Malaysian passenger plane did not carry out flight missions on July 17, according to the Security Service of Ukraine (SBU).

© Sputnik / Natalia Seliverstova
Russian Authorities Are Trying To Contact The Source That Said Su-25 Returned Without Missiles
MOSCOW, December 24 (Sputnik) — The Security Service of Ukraine (SBU) said on Wednesday that a Su-25 pilot allegedly involved in the downing of a Malaysian passenger plane was not on flight duty on the day of the tragedy.

A former Ukrainian airbase employee, whose name was not disclosed to protect his relatives still living in Ukraine, said in an interview with the Komsomolskaya Pravda newspaper earlier this week that he saw a Ukrainian air force Su-25 combat jet taking off from an airbase in eastern Dnipropetrovsk carrying air-to-air missiles and returning without them on the day of Flight MH17 crash in southeastern Ukraine.

"Capt. Voloshin did not carry out flight missions [on July 17] as his plane was grounded for maintenance on July 16," the SBU said in a statement.

The SBU also said the Ukrainian air force did not carry out combat missions in support of ground operations on July 17 when Malaysia Airlines flight MH17, en route from Amsterdam to Kuala Lumpur, crashed in eastern Ukraine, killing all 298 people on board.

Earlier on Wednesday, Russian Investigative Committee spokesperson Vladimir Markin said investigators had interviewed a former Ukrainian airbase employee and that the facts that he had earlier revealed to Komsomolskaya Pravda had been confirmed to be true, as the witness's testimony was verified by a polygraph test.

According to Markin, the committee will "continue gathering and analyzing all the information about the disaster."

The accident is being investigated by an international group headed by the Dutch Safety Board, with the final report expected to be released in 2015.