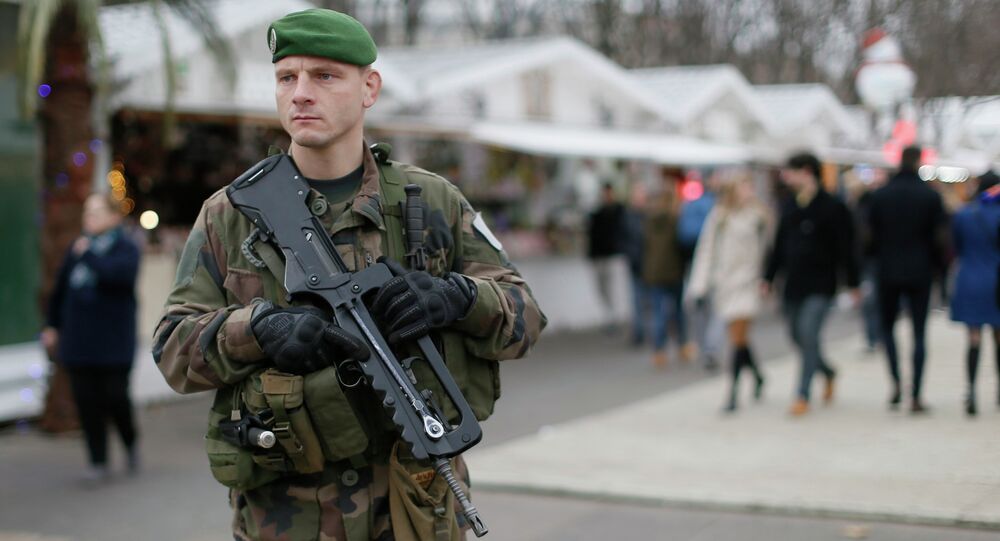 Around 300 soldiers will be deployed across France during the Christmas period in the wake of recent multiple attacks on the country's citizens, according to French Prime Minister Manuel Valls.

MOSCOW, December 23 (Sputnik) — French Prime Minister Manuel Valls will deploy up to 300 soldiers in response to a spate of recent attacks across the country, the Local reported Tuesday.

© REUTERS / Stephane Mahe/Files
Al-Qaeda Threatens Attacks on French Oil Giant Facilities in Yemen
"The number of patrols will be increased during this (Christmas) period. [200] to 300 soldiers will be deployed in the coming hours," Valls was quoted as saying live on television by the news outlet.

In the first attack on Saturday, in the central town of Tours, a man shouting "Allahu Akbar" ("God is great" in Arabic) stabbed three officers at a local police station and was subsequently shot. The following day, a driver rammed a van into a crowd of people in the eastern city of Dijon, shouting the same phrase and injuring 13 people.

The third and latest assault took place in the western city of Nantes on Monday, where a man injured 10 people driving a van into a local Christmas market.

According to the Local, the series of attacks appeared to be "isolated" incidents committed by "unbalanced" individuals. However, the news caused concerns in light of Interior Ministry estimates showing that almost 1,000 French citizens have left to join jihad groups, including the Islamic State (IS), in Iraq and Syria.