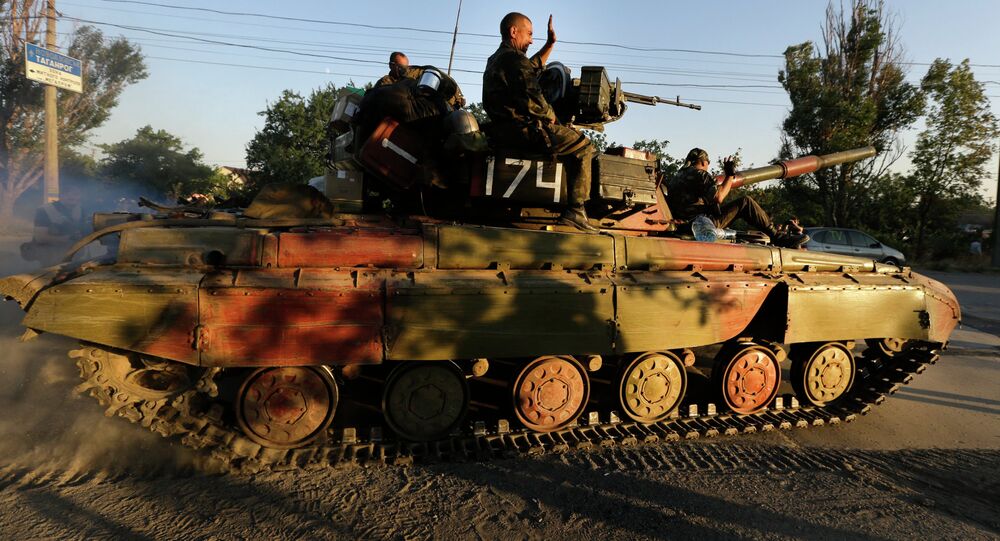 About 50,000 people, including reservists and officers, will be called up to the army during a new wave of mobilization in Ukraine, according to the spokesperson of Ukraine's Ministry of Defense.

© REUTERS / Marko Djurica
Ukraine to Hold Three Waves of Military Mobilization in 2015
KIEV, December 23 (Sputnik) — Ukraine's Ministry of Defense plans to bolster its military by calling up some 50,000 people during a new wave of mobilization, the ministry's spokesperson Viktoria Kushnir said Tuesday.

"About 50,000 people will be called up, including […]reservists, officers, and soldiers doing their compulsory service," Kushnir announced during a press briefing.

The mobilization will start January 20, 2015, and will be held in several stages. The reserve officers will be called up first and receive additional training, according to Kushnir.

Secretary of the Ukrainian National Security and Defense Council (NSDC) Oleksandr Turchynov announced on Saturday that the council had chosen to mobilize in three stages in 2015. Recruits will serve for a year and a half and the minimum age limit will be raised from 18 to 20, according to Turchynov.

In 2014 several waves of mobilization were conducted in Ukraine, with a focus on reservists. Officers under 45 and soldiers under 40 were called up.

Kiev authorities have been conducting a military operation in Ukraine's southeastern regions of Luhansk and Donetsk since April, where local residents established so-called people's republics and declared their independence following a February coup in Kiev.

In September, a ceasefire between the government troops and militias was signed in Minsk with the mediation of Russia and the Organization for Security and Co-operation in Europe (OSCE). since that time, both parties have accused each other of violating the ceasefire. In December, the parties to the Ukraine conflict agreed on the "silence regime" to facilitate preparation for new peace talks.