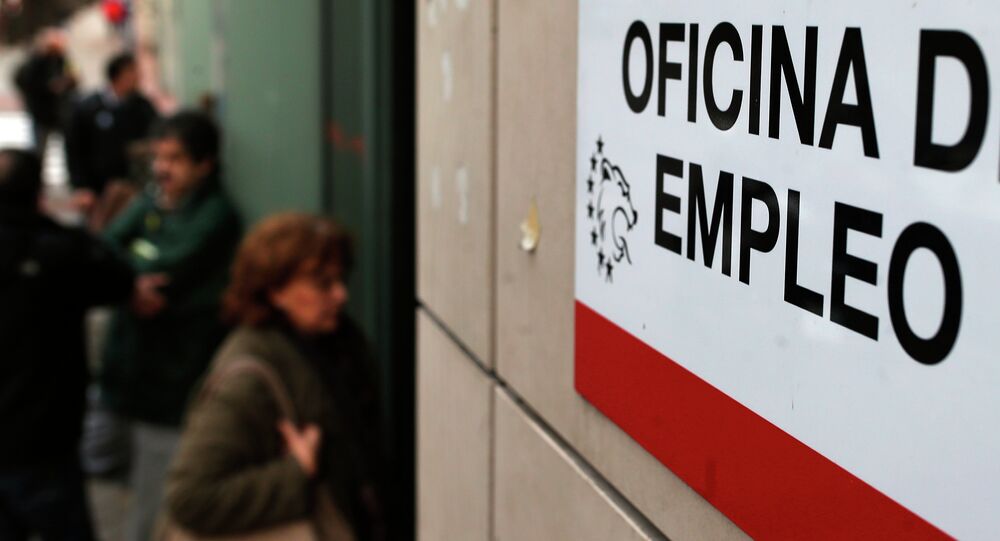 70 percent of the part-time workers in Spain are women, 60 percent of whom have been unable to settle into full-time employment, according to a report by UN's working group on discrimination against women.

© REUTERS / Gustau Nacarino
Thirty Spanish Cities Protest Against New Public Security Law
MOSCOW, December 22 (Sputnik) — Spain's efforts to integrate women into public, political and economic life and to eradicate domestic violence are being hampered by policies adopted in the wake of the 2008 economic crisis, the UN said in a report Monday.

"Spain has established a groundbreaking legal and institutional infrastructure for gender equality. Prior to the economic crisis this process had started to bring significant gains for women, … there are signs that the system has not withstood pressures and [new] policies adopted," the head of the UN's working group on discrimination against women, Frances Raday, was quoted as saying in the report published on the organization's website.

Raday added that in certain autonomous communities, cutbacks in the institutions and services required to achieve a work-life balance meant that opportunities for women were restricted and some were forced to return to traditional domestic roles.

© AP Photo / Andres Kudacki
Amnesty Int’l Collects Signatures, Influences Senators to Prevent Spain’s Gag Law Adoption
According to the report, 70 percent of the part-time workers in Spain are women, 60 percent of whom have been unable to settle into full-time employment.

Meanwhile, the experts from the UN also noted that 125,000 cases of domestic violence were reported in 2013, including the tragic deaths of women and children at the hands of violent men.

Despite a recent bill allowing women to have access to safe legal abortions, the political will to secure gender equality is lacking, according to the report.

The current economic crisis in Spain began in 2008. From then through 2012, the country experienced a deep recession and the worst unemployment rate in the eurozone. Spain's economy began to pick up in late 2013 but the country is still in the process of recovering from the crisis.