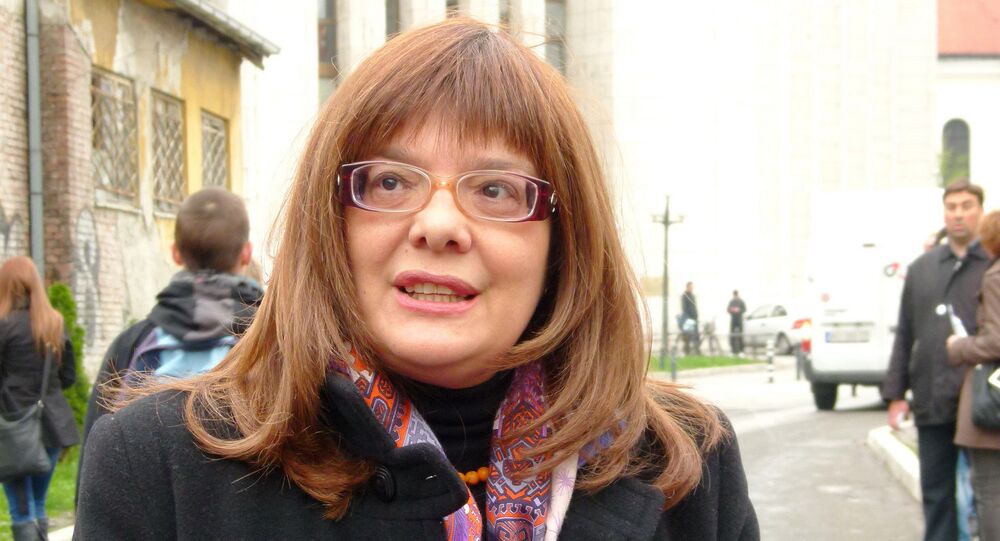 Serbian Parliament speaker Maja Gojkovic stated that Europe has to resist the strengthening of neo-Nazi ideology and extremism.

© Fotolia / Nikolai Sorokin
Non-Response to Neo-Nazism to Lead to Infectious Expansion: Ombudsman
MOSCOW, December 22 (Sputnik) — European countries must oppose the growth of the neo-Nazi ideology and other forms of extremism, Serbian Parliament speaker Maja Gojkovic said during a Monday visit to the Russian capital.

"Today Europe is facing a great challenge. We have to resist the strengthening of neo-Nazi ideology and extremism," Gojkovic said addressing members of the State Duma, lower Russian parliamentary house.

Gojkovic pointed to the atrocities committed during World War II, warning about the dangers of Nazism.

© Sputnik / RIA Novosti
US Vote Against Russia's Anti-Nazi UN Resolution Politically Motivated: Foreign Ministry
Last week, the 69th session of the UN General Assembly adopted a resolution proposed by Russia on combating the glorification of Nazism with 133 votes in favor. The United States, Canada, Ukraine and the Republic of Palau were the only countries to vote against the resolution.

Commenting on Ukraine's vote against the resolution, Russia's Foreign Minister Sergei Lavrov said that it is hard to understand how a country that had fully experienced the horrors of Nazism during the World War II did not back the document condemning the glorification of the Nazi ideology.

Russia has repeatedly stressed that outbursts of aggressive nationalism and neo-Nazism in Ukraine have become widespread. Far-rights group were actively involved in the February coup in Kiev and in the military operation against predominantly Russian-speaking South-East of the country.

We Used to Believe That Nazism Is Dead, and This Is Totally False

Non-Response to Neo-Nazism to Lead to Infectious Expansion: Ombudsman