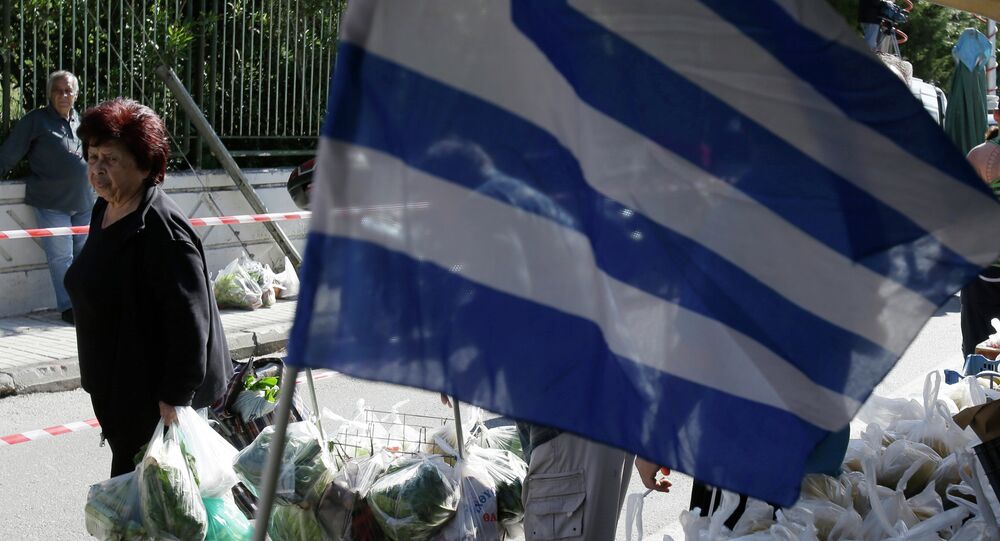 The European Commission approved 18 new EU investment programs to help Greece out of its financial crisis through creating jobs and other opportunities for economic development.

© REUTERS / Alexandros Avramidis
Hundreds Arrested in Greece for Outrage in Athens
MOSCOW, December 22 (Sputnik) — 18 new EU investment programs to help Greece out of a financial crisis by creating jobs and other opportunities for economic development have been approved by the European Commission, Monday's press release by the Commission states.

"This major investment plan represents our commitment to support Greece's own efforts to get back on the path to growth. Each investment will be strategically targeted on the critical needs of each region," Corina Cretu, Commissioner for Regional policy, stated.

According to Cretu, the programs will target a wide range of issues, from transport and environment to supporting small and medium-sized enterprises. She added that bringing trust and growth to Greek economy must be done by collaborative effort.

According to Marianne Thyssen, Commissioner for Employment, Social Affairs, Skills and Labor Mobility, around 800 million euro ($980 million) is to be invested in Greek regions by the European Social Fund by 2020. This aid will be primarily targeted to the promotion of social inclusion and easing poverty, but the Commission will also support the promotion of sustainable employment, equal opportunities, education, training, social entrepreneurship and the socio-economic integration of marginalized communities.

Since 2010, Greece, struggling with a financial crisis, has been dependent on billions of Euros in rescue loans from the European Union, the European Central Bank and the International Monetary Fund in exchange for strict austerity measures. Germany played the leading role in helping the country get financial assistance from the EU and the International Monetary Fund.