The shortage of skilled workers in UK is a concern since it affects the economy, suggesting that the government and business should join forces to contribute to skills proliferation, according to a survey released by Accenture and the Confederation of British Industry Monday. 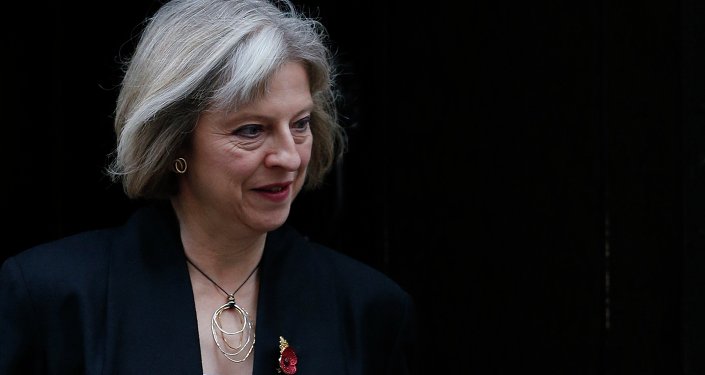 © REUTERS / Suzanne Plunkett
UK Home Secretary Plans to ‘Kick out’ Foreign Graduates: Reports
MOSCOW, December 22 (Sputnik) — Skills shortage will be a serious challenge for 50 percent of UK businesses hoping to expand their workforce in 2015, a joint survey by Accenture and the Confederation of British Industry (CBI) published Monday shows.

"One half of British businesses are planning to expand their workforce in 2015, with jobs projected to be created in all UK regions, and permanent jobs outstripping temporary work…But concerns over skills gaps that could prevent some of those jobs being filled are seen as the biggest workforce threat to UK competitiveness," the CBI/Accenture Employment Trends Survey 2014 published on the CBI's website said.

According to the survey, jobs will be created all across the United Kingdom, with the highest number in Scotland.

The survey went on to say that over 30 percent of British companies intend to hire more graduates and apprentices in 2015.

A rise in salaries, the survey said, will also happen in 2015, though "at a cautious rate," and that most of the new hires will be offered permanent contracts.

© Flickr / Vi Go
UK Shift Workers Face Obesity, Diabetes, Mental Health Disorders: Study
"Businesses are planning to create jobs in every region of the UK next year as the recovery continues, and more and more of those jobs will be permanent…Growth should work for everyone, and skills are the key route to ensuring that this happens through improved productivity and pay," Katja Hall, CBI Deputy Director-General, was quoted as saying in the survey results.

Hall stressed that the shortage of skilled workers is a concern since it affects the economy, suggesting that the UK government and business should join forces to expand the skillset of the workforce.