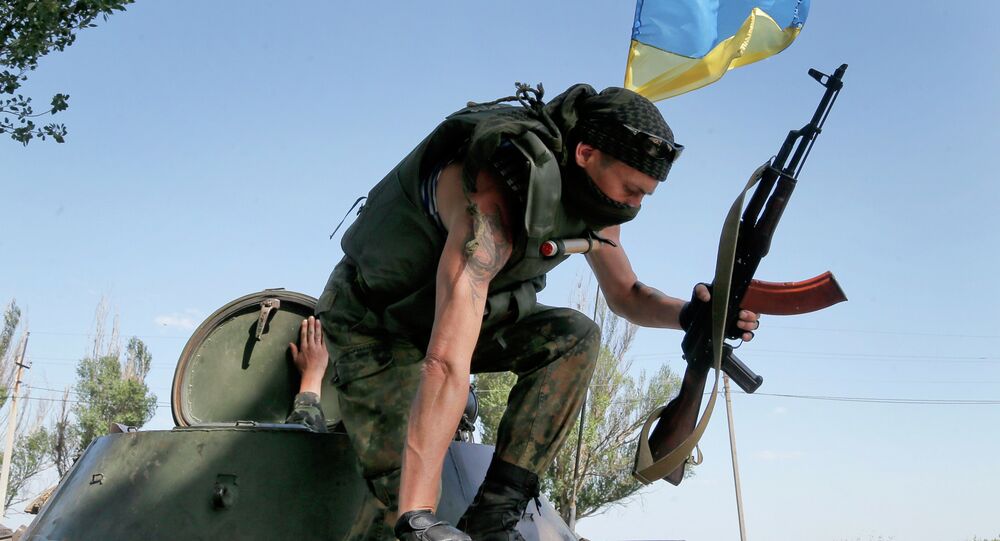 According to Kushnir, a number of Ukraine’s partners have provided its armed forces with help during 2014. The United States and Denmark have sent technical equipment, France has provided body armors and medical supplies, power generators and lighting systems have been sent by Slovakia and Norway has provided dry rations. Canada and the United Kingdom have provided personal protective equipment and winter clothing.

© Sputnik / Mikhail Voskresensky
Ukraine Must Create One of Europe’s Most Powerful Armies: Security Council
Poland has provided Ukraine with dry rations and bedding, and school supplies and other necessities for the children of military personnel were donated by Latvia. Lithuania has given equipment, dry rations and medical supplies, Switzerland has provided medicine and medical supplies, the Netherlands has given generators and winter clothes, and Spain has supplied body armor and helmets, Kushnir said.

“In the near future, Australia plans to assists the Ukrainian Armed Forces with winter clothing and equipment. Also, Poland will give dry rations, winter clothes, shoes,” the spokesperson added.

© Sputnik / Natalia Seliverstova
Ukrainian Arms Company Signs Weapons Deal With US Barrett Firearms
An armed conflict has been ongoing in Ukraine since spring, when Kiev-led forces launched a military operation against independence supporters in the country’s eastern regions.

The West has pledged support to Ukraine and blamed Russia for allegedly aiding Donbas independence supporters, refusing, however, to supply Ukrainian forces with lethal military aid. Russia has firmly denied any involvement in Ukraine’s internal affairs and has sent several humanitarian aid convoys to the conflict-torn Donbas region.

Ukraine Must Create One of Europe’s Most Powerful Armies: Security Council