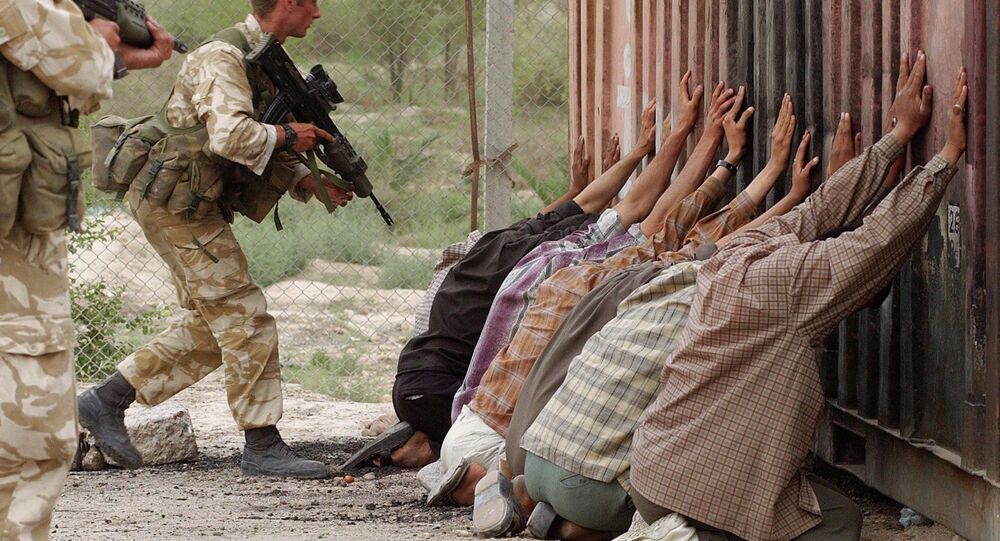 British troops have been found guilty of maltreatment of Iraqi detainees. An inquiry found their behaviour "fell below the high standards normally to be expected of the British Army". However, the Iraqi witnesses were also found to have lied about some specific cases examined by the inquiry.

The al-Sweady inquiry, named after a 19-year-old Iraqi allegedly killed by British troops, has been investigating allegations made in Judicial Review proceedings that the human rights of a number of Iraqi nationals were abused by British troops in the aftermath of a firefight in 2004, near Majar al Kabir in Southern Iraq. This became known as the battle of Danny Boy, the name of a nearby permanent vehicle checkpoint. The allegations included ones of unlawful killing and of mistreatment.

The inquiry heard allegations of British treatment of Iraqi citizens which were "gross violations of the Geneva Conventions: inhuman and degrading treatment of wounded, broken and helpless young men, who were utterly at the mercy of their military handlers and interrogators," according to closing submissions on their behalf.

"Trained techniques were used to break them down or ‘condition' them as it was called. At its worst, the impression was deliberately created that executions were taking place around them: mock executions to terrorise them further. Professional doctors and officers and NCOs, charged with the duty to protect the welfare of prisoners, failed abjectly in their duties. The evidence of many of these abuses is overwhelming. The inference that there was at least an informal system of these techniques is very strong. No soldier has accepted responsibility for them," the submission said.

In one case, Hamzah Almalje was significantly "mistreated and assaulted" resulting in "vomiting, vomiting blood and bile, not eating or drinking and stomach pain".  He is reported to have collapsed and "only being able to walk with help and again vomiting and with severe headaches".

Four others, Mahdi al-Behadili, Kadhim al-Behadili, Atiyah al-Behadili and Hussein Ali al-Lami, received injuries, "most notably including a bloody nose, a swollen jaw, and a severely grazed cheek," the al-Sweady Inquiry was told.

The report found that, as  the fighting in the Battle of Danny Boy drew to an end, an order was given to the British soldiers on the battlefield that was intended to result in the identification of the Iraqi dead to see if there was amongst them an individual who was suspected of having been involved in the murder of six Royal Military Police in Al Majar al‘Kabir in 2003.

Nine Iraqis were taken prisoner and taken back to Camp Abu Naji on 14 May 2004. They were detained overnight at Camp Abu Naji and, the following day, transferred to the Divisional Temporary Detention Facility ("DTDF") at Shaibah, where they were detained for just over four months before being handed over to the Iraqi Criminal Justice System.

Allegations "wholly and entirely without merit or justification"

Sir Thayne Forbes, chairman of the Inquiry said: " I have come to the conclusion that the conduct of various individual soldiers and some of the procedures being followed by the British military in 2004 fell below the high standards normally to be expected of the British Army. In addition, on a number of other occasions, my findings went further. Thus, as I make clear at various stages of the Report, I have come to the conclusion that certain aspects of the way in which the nine Iraqi detainees, with whom this Inquiry is primarily concerned, were treated by the British military, during the time they were in British custody during 2004, amounted to actual or possible ill-treatment."

However he said that the majority of the evidence put forward by the Iraqi detainees was false. "I believe that it is very important to put these adverse findings about the British military and some of its individual soldiers into their proper perspective, by viewing them in the context of the original allegations which the Inquiry was asked to consider."

"I have come to the firm conclusion that the vast majority of the allegations made against the British military, which this Inquiry was required to investigate (including, without exception, all the most serious allegations), were wholly and entirely without merit or justification. Very many of those baseless allegations were the product of deliberate and calculated lies on the part of those who made them and who then gave evidence to this Inquiry in order to support and perpetuate them. "