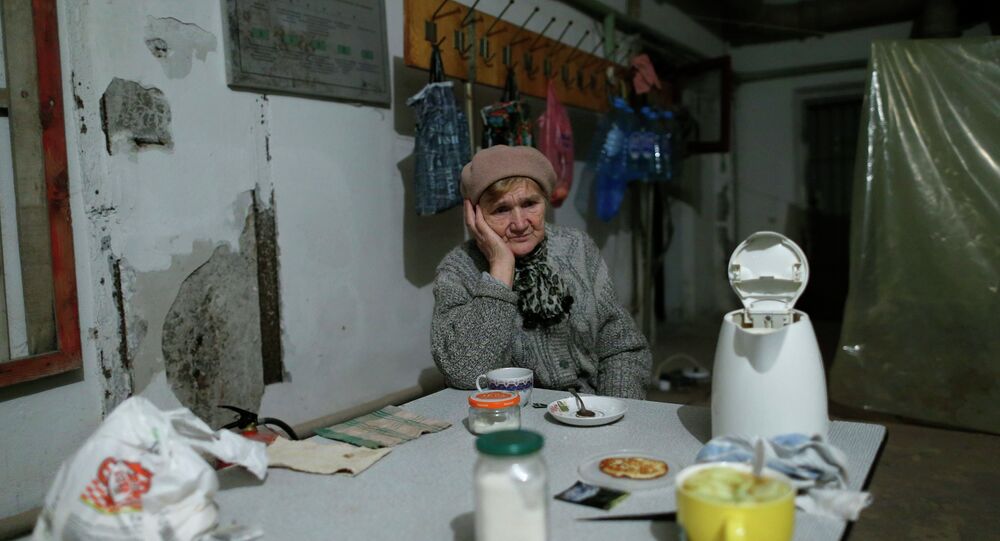 "In southeast Ukraine, we are supporting 30,000 people, with the support we received from Russia, its contribution to those $5 billion [the total amount of WFP fund], we will increase this number to 120,000 people. We will continue to support those who don't have access to food in the region," Ertharin Cousin said.

Cousin stated that the WFP has been supporting the people of Ukraine since the beginning of the conflict. "We hope the conflict will come to an end and our help will no longer be needed," she added.

Cousin also said that the biggest complication in trying to feed people is the lack of peace. "When people are protecting their children, they cannot search for food. As human beings, we can stop war. We cannot stop natural disasters…. Peace is the tool, the goal we should all work towards," she concluded.

In the first 11 months of 2014 Russia donated $51.5 million to the WFP. Earlier in December, the Russian Government approved the allocation of $5 million "to finance expenditures in providing humanitarian aid to the population of Ukraine through the UN WFP channels."

Ukraine's southeastern regions are experiencing severe humanitarian problems as a result of a military operation launched by Kiev in April to suppress independence supporters in Donetsk and Luhansk.

The UN World Food Programme (WFP) is launching a $17 million emergency operation in Ukraine in addition to the $1.5 that has already been donated to the country, WFP official told Sputnik Tuesday.

"WFP is launching an emergency operation in Ukraine with $17 million, $1.5 million has already been distributed, so the total will be $18.5 million," Carlo Scrambella, WFP Deputy Regional Director for the Middle East, North Africa, Central Asia and East Europe said.

Scrambella added that WFP is expecting more support from the international community.

"We are expecting that this will be well funded. Of course, the funding needs in the region are much bigger. So there is a need to broaden the intervention, to increase the capacity, to have more partners, and perhaps to end fighting," he stated.

The World Food Programme is 100-percent voluntarily funded. It was established in 1963 to alleviate hunger and promote food security across the globe. In 2011, it was able to reach 99 million people in 75 countries, providing them with 4.5 million tons of food, according to WFP data.

On December 11, Russia's Cabinet of Ministers reported that Moscow would allot up to $5 million in humanitarian aid to Ukraine in 2014 to support the WFP's efforts.

As the result of the Kiev operation launched in mid-April, Ukraine's southeastern regions are experiencing a severe humanitarian catastrophe.