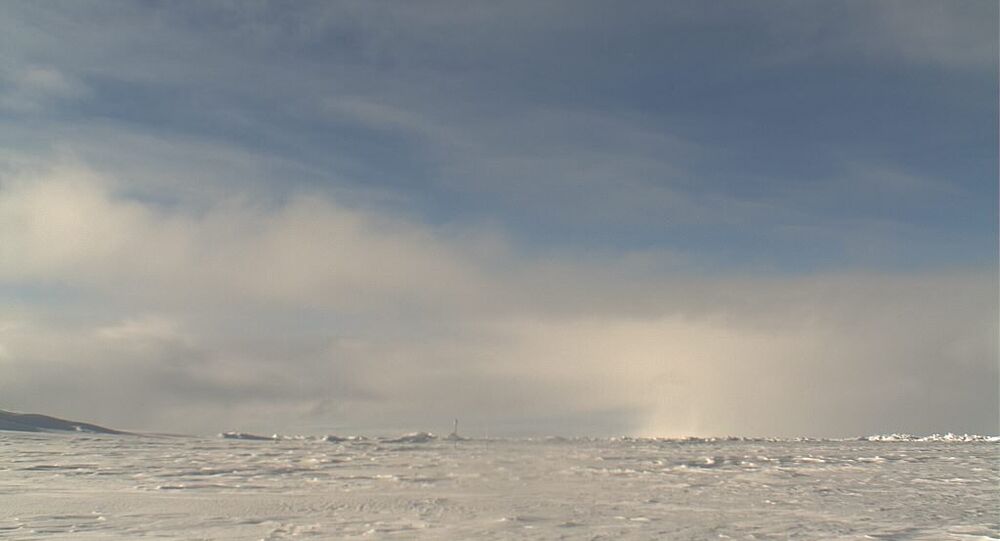 Denmark has staked a claim for ownership of the North Pole. The submission, described as "provocative" is likely to bring Denmark into conflict with Canada, Russia and the United States.

© Flickr / Utenriksdepartementet UD
Denmark Calls On All States to Ratify, Comply With Non-Proliferation Treaty
MOSCOW, December 15 (Sputnik), Ekaterina Blinova — Denmark has declared a claim on owning the North Pole, referring to the fact that Danish Greenland is connected to the continental shelf in the Arctic Ocean.

"It's now a three-way battle for ownership of the North Pole, as Denmark revealed it will take on Canada and Russia amid claims its Greenland territory is connected to the pole via a ridge beneath the Arctic Ocean," the Daily Mail reported.

The state is claiming 895,000 square kilometers (345,600 square miles) of the continental shelf beyond the coastal line of Greenland. Denmark's submission is the result of 12 years of research costing 330 million kroner ($55.2 million).

© Sputnik / Egor Eremov
Russia’s Lavrov Denies Existence of ‘Arctic Race’
The move, already qualified as "provocative," is likely to bring Denmark into conflict with Canada, Russia and the United States, which also have claims on the resource-rich area, notes the Financial Times. Denmark's claim includes the entire Lomonosov Ridge which runs for 1,800 kilometers (1,118 miles), while Canada and Russia are claiming only a part of the ridge.

"The Lomonosov ridge is the natural extension of the Greenland shelf. Coincidentally, the North Pole which is a tiny, tiny abstract spot lies in the area," claimed Christian Marcussen, a senior geophysicist with the Geological Survey of Denmark and Greenland, as cited by the Independent.

However, the bid has been heavily criticized by some influential Arctic experts.

"It is ironic that the only country that right now could be said to be acting provocatively in the Arctic is Denmark. That is out of character with the country's tradition of constructive diplomacy," Canadian professor Michael Byers, a leading expert on Arctic sovereignty, said in an interview with Politiken, a Danish media outlet.

Interest in the Arctic is intensifying along with growing geopolitical tensions over the region. According to some estimates, the area contains over 13 percent of the world's undiscovered oil and 30 percent of unexplored gas reserves, the Daily Mail points out.